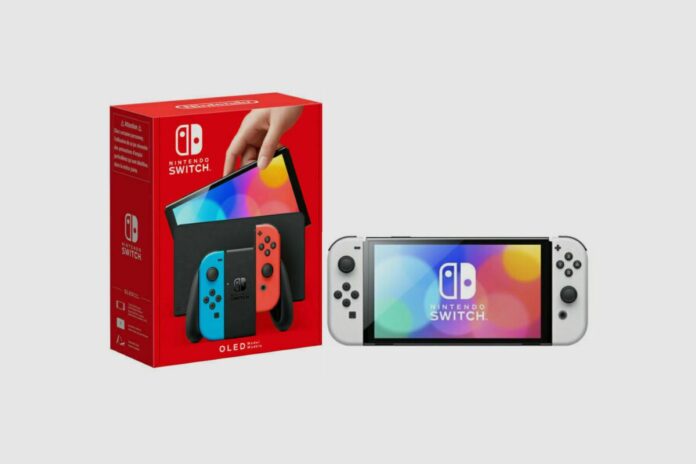 The Nintendo Switch has been out for a while now, and one of the most popular questions surrounding the console is whether or not the OLED upgrade is worth it.

In this article, I will be answering some of the most common questions related to the OLED upgrade for the Nintendo Switch and whether or not it is worth the extra money.

The Nintendo Switch OLED is a great console with many features that make it a worthwhile purchase for anyone who wants a gaming console that can also be used as a portable hand-held device. The console has a large screen that allows for a variety of angles to be played, and the games look richer, bolder, and more immersive on the OLED than on the other models.

The console can be used in three modes: as a home console, Tabletop mode, and then the portable mode. The Switch also has a more robust kickstand that is nearly the length of the console. The increased capability of 64 GB is an additional reason to consider getting it.

The Nintendo Switch Online service is also another reason to get the console, as it grants you access to a massive library of games, and its continued first-party support makes it a worthwhile contender among the best gaming consoles in its class.

About The Nintendo Switch OLED

The Nintendo Switch OLED features a 7-inch OLED screen with dimensions – of 9.5 x 4 x 0.55. The OLED screen offers better contrast at a variety of viewing angles, but it struggles with brightness and colour volume. That is the trade-off. It weighs 0.93 pounds, with the Joy-Cons controllers attached, and it has an internal storage size of 64 GB, which is higher than the previous models that had 32 GB  of internal storage.

There are two detachable Joy-Cons, which are versatile for you to play in different ways: it can be mated to the Switch, attached to a mount, and for multiplying experience.

For the CPU and GPU, it uses the NVIDIA Custom Tegra processor. The video output is up to 1080p in TV mode and up to 720p via the built-in screen. It also has a game card slot and a micro SD card slot. The battery ability is 4,310 mAh. It also has the rumble feature – which adds an extra level of immersion to the gaming experience by letting you feel lots of sensations as you play.

In terms of colour, the Switch OLED is available in all white, and there is a classic edition that features red and blue Joy-Cons.

As regards the price, the Nintendo Switch OLED model would cost you about $350.

The Nintendo Switch OLED does not boost the performance of games in any way, but because of the OLED screen, games look richer, bolder, and more immersive than on the other models.

The Nintendo Switch OLED uses the same Nvidia Custom Tegra processor and RAM as the standard Switch model, so there is no performance upgrade; it is just a better viewing experience with the larger screen.

According to Nintendo, there are certain games that take advantage of the OLED screen and its features. They include:

These are just a few of the many games that utilise the OLED screen to its fullest potential.

What Is So Good About The Nintendo Switch OLED?

There are improved features that the Nintendo Switch OLED boasts of. The top of them is the gorgeous 7–inch OLED screen, which provides a better contrast at a variety of viewing angles. Hence, making games look richer, bolder, and more immersive than on the other models.

The Nintendo Switch OLED also has an improved kickstand and more storage space when compared to other models. Also, with the Switch’s 13.0.0 update, the Switch OLED model dock can receive updates. Great stuff.

Can You Watch Netflix On The Nintendo Switch OLED?

But there is a way to go around it, which is to install Android on the system. But your Nintendo Switch has to be hacked for this to happen.

How long does the Switch OLED battery last?

The Nintendo Switch OLED’s battery lasts approximately 4.5 to 9 hours; this depends on the rate of usage. This is one of the best-performing Switch consoles when you factor in the battery life. You can find this out by looking out for the battery’s serial number, which starts with “XT.”

The console uses a Lithium-ion battery worth 4310mAh. Its charge time is approximately three hours when charging in sleep mode. The length of charge will differ when the Nintendo Switch OLED console is in active use while charging.

Image Gallery – Is The Nintendo Switch OLED Worth It?

What Are The Six Games In Squid Game?