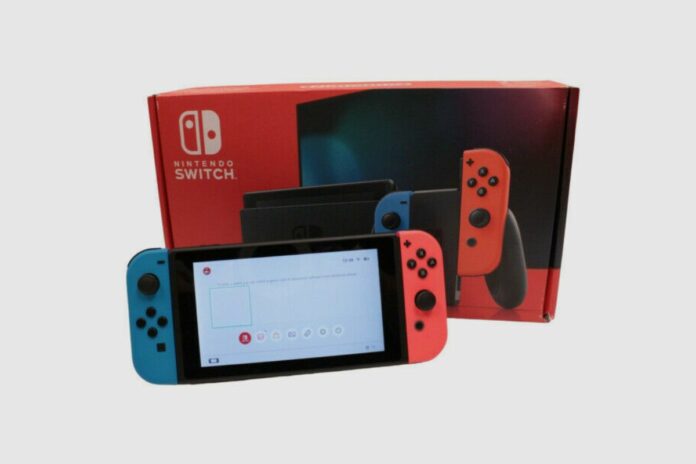 It’s been over a few years since the Nintendo Switch was released, and it’s still one of the most popular consoles on the market. But is it still worth buying?

In this article, I will be discussing the pros and cons of the Nintendo Switch and answering some of the most common questions about the console.

Is The Nintendo Switch Console Still Worth Buying?

The Nintendo Switch Console is a good gaming console with lots of features. The console is one of the best gaming consoles that can be used as both a handheld device and connected to a television. The console has different models that offer different features, such as the ability to play with friends or increased storage capacity.

The Nintendo Switch Online service is another reason to purchase the console, as it gives access to a library of games and first-party support.

However, the console does have some drawbacks, which I will discuss later in this article.

About The Nintendo Switch

The Nintendo Switch console has been around for a while now. Currently, it exists in three models – Lite, Original Switch, and OLED. The model you opt for would depend on whether you want a portable gaming console or one that can be connected to your TV, and also if you fancy multiplying with friends and folks online.

The Switch Lite is designed for play on the go with its tiny display. It is the smallest of the pack, and it does not support a multiplayer experience. The other two models do and are bigger in size.

This aspect would focus on the Original Switch model, which is the most popular and common among the models.

For the CPU and GPU, it uses the NVIDIA Custom Tegra processor. The video output is up to 1080p in TV mode and up to 720p via the built-in screen. It also has a game card slot and a micro SD card slot. The battery ability is 4,310 mAh. It also has the rumble feature – which adds an extra level of immersion to the gaming experience by letting you feel lots of sensations as you play.

The Nintendo Switch console has three play modes; first, a home console, a Tabletop mode, and then a portable mode (though it is heavier than the Lite model).

The Nintendo Switch Console is a decent choice when it comes to performance. It has a battery life of two and a half hours for graphically intensive games and can last for up to six hours for games that are not as graphically demanding.

This may be enough for a commute but could be problematic for longer journeys. You also have the option to charge it over USB or with portable battery packs. If you are looking to extend the battery life during usage, there are a couple of things you can do.

One is to turn on aeroplane mode, though this prevents you from detaching the Joy-Cons, and the screen is dimmed. You can also use portable battery packs, though this might not give you the best results.

The Nintendo Switch console also supports 60 frames per second (fps) for fast-paced action content, such as in live sports, where blurry content can be a turn-off.

If you are looking for alternatives to the Nintendo Switch console, you can consider the Ayaneo 2021 and the OneXPlayer consoles.

Starting off with the Ayaneo 2021 console, it has a popularised shape. The console features a traditional directional pad that works well with old-school side scrollers. The console also has thumbsticks on both sides, albeit diagonally.

If you like the feel and functionalities of the Nintendo Switch, but you are looking for a cheaper option, the Ayaneos is a great pick.

When it comes to performance, the console was built to handle a wide array of games. However, one potential shortcoming is that it has a very low speaker volume when compared to the Nintendo Switch. But overall, it is still a great alternative option. The console uses the AMD Ryzen™5 4500 processor, and its hard disk size is 1 TB.

The other recommended alternative is the OneXPlayer console. It is a handheld touchscreen PC with built-in controllers.

It runs on Windows, has  16 GB of DDR4-4266 RAM, fast PCIe SSDs, an 8.4-inch display with a native resolution of 2560 x 1600, analogue controllers on either side of the screen, a classic XYAB button layout on the right, as well as bumpers and triggers. Great features make your gaming experience a grand one.

You also get access to features like Wi-Fi 6, and USB 4.0 support, which allows you to connect the console to a 4k monitor or an external GPU dock in the future. One great value of this console is its excellent build quality.

It could be a bit frustrating as it is selective in the games it runs. But overall, it is a great option to consider if you want an alternative to the Nintendo Switch.

The Switch offers users versatility and portability, which is a rare combination of values when it comes to gaming consoles.

Image Gallery – Is The Nintendo Switch Still Worth Buying?

Is the Ghost of Tsushima Worth Buying? 5 Common Questions Answered