Is The Nordlicht Game Worth It? 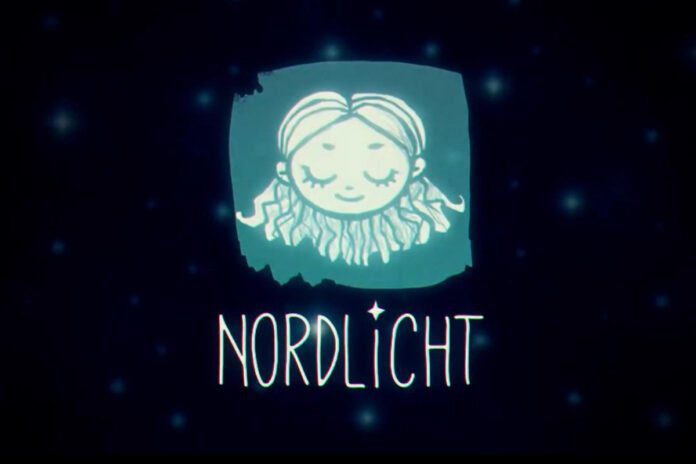 The Nordlicht game is one in which you go on an adventure with an interesting family as they travel to the cold north. You play as Aurora, who is joined by her best friend, Peter Silie (a guinea pig) and her clever father, Rupert.

They have to deal with various challenges along the way, including mysterious star signs, dangerous natural obstacles, and personal fears. The game’s beautiful visuals, touching story, and great music make it an enjoyable experience for people of all ages.

When we hear the term “indie game,” we usually think of a game that tries to do something different and goes against the grain, but recently, many indie developers have begun to follow the same template.

It appears that they all want to make a game that is almost “AAA,” but with a novel art style; it appears that no one wants to take a risk and tell a story with the games they are making. It almost appears that the gaming industry is one big cash grab.

However, when a developer tries to tell a story in a new and unique way, I usually sit up and take notice, so when I heard Nordlicht was this “back to basics” type of game, I knew I had to check it out.

Now, there are many adventure games with fantastic voyages or events, but Nordlicht follows some of the same tropes that most adventure games do, but in a very unique way.

What is Nordlicht Game All About?

Nordlicht is a simple single-player point-and-click game that was developed by two German students who made the game as a school project. It is a narrative-driven game that tackles heavy topics like hope, loss, and family that can be enjoyed by everyone. It relies on the story to push the basic point-and-click gameplay forward while also encapsulating the player in an amazingly designed world to keep them playing.

Nordlicht revolves around three main characters; a young girl named Aurora, her fury Guinea pig friend Peter and her father Rupert. As they embark on their annual trip across the seas to visit Aurora’s mother Merin, throughout the game, doesn’t say why they are going to visit her mother. It instead chooses to focus on the journey the family embarks on.

The game’s story unravels into three main chapters, set in three distinctly and well-designed levels. Starting at the family home, then a night spent in the grim Blackwood Forest, and then finally a steep climb up the wind-whipped icy cold cliffs of the North Pole.

The designers choose to use beautiful worlds and incredible storytelling to allow players to become immersed in the world they created. They paint the picture of a father and a daughter’s journey of self-discovery and choose to let players pause and reflect on the journey rather than make a mad dash to the final destination.

The graphics on Nordlicht are not for that of a “AAA” game, with all of the latest graphical implementations built on the newest gaming engines, but that doesn’t mean it isn’t a beautiful game. Nordlicht is a beautifully hand-drawn game that reflects its storytelling idea’s by being drawn almost to look like a storybook.

Now, I know this might be off-putting for some gamers, but this was an intentional design made to fit with what makes the game distinct, and it should be appreciated for its forward-thinking and different take on the art style. However, the images are sharp and full of contrast, as well as showing no signs of lag or dips in overall image quality.

Nordlicht is a simple point-and-click game that doesn’t have any action in it. It is a simple narrative-based game that relies on players using the cursor to navigate the world while trying to find items that they can combine to make other items needed to solve simple puzzles all to progress the story.

The controls are simple, with a few buttons used to select and combine items, and the inventory system used to store the items found is simple and easy to understand and navigate. All items are bright, colourful, and attractive.

However, if the player is having trouble solving a problem or is not finding certain items, they can either ask the father and the Guinea pig for clues and help, or they can click on the magnifying glass to highlight items that can help solve the puzzles.

The game is beautifully scored with an ever-present piano tone. The songs playing in the background are used to set the tone and general atmosphere of the game. The audio quality is clean and clear, but there is no voice acting, so the game relies on speech bubbles and music to tell the story and build an atmosphere.

However, some players might not find this attractive to play because it is short, but for $4, it is understandable why the game would be so short, although it was never intended to be a long game.

Nordlicht is available on Nintendo Switch, Android, IOS, and Steam for $3.99

What are some of the Pros and Cons of Playing Nordlicht?

Overall, the Nordlicht game is a beautifully crafted self-contained story that allows players to explore its well-designed levels, find items and solve puzzles. All while enjoying a story of loss, joy, hope, and family, set against a beautifully designed nordic backdrop. This is a very good game, and I think it should be enjoyed as a full family experience.

How Much Does Nordlicht Cost?

Nordlicht costs $3.99 and is available on Nintendo Switch, Android, IOS, and Steam.

How Long Does It Take to Complete Nordlicht?

Nordlicht is a short game and shouldn’t take more than 2hrs to finish the game.

Is Nordlicht a Difficult Game?

Nordlicht is a fairly simple game and was made for everyone to play and enjoy.

November 22, 2022
The Nordlicht game is one in which you go on an adventure with an interesting family as they travel to the cold north. You play as Aurora, who is joined by her best friend, Peter Silie (a guinea pig) and her clever father, Rupert....Nordlicht Game Review: Discover All You Need To Know
Facebook
Instagram
Pinterest
RSS
Twitter
Youtube

Minecraft PS4 Game Review: Is it Worth Buying? Discover the Pros...