Is the Logitech G920 Worth It? 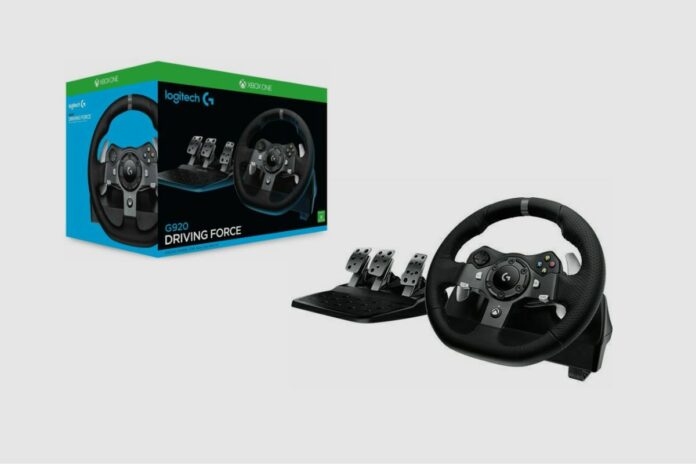 Racing games have always been at the forefront of gaming for as long as consoles have been available, with games like Forza, Gran Turismo, Need for Speed, and much more. Racing video games have stood the test of time and are still going strong.

Owning a Logitech gaming steering wheel does not come cheap, especially if it’s a gaming accessory you will hardly use.

However, there is a strong community of racing wheel enthusiasts who love playing racing simulators regardless of the cost.

So, in this article, I wanted to see if the Logitech G920 Steering wheel controller is still worth buying, given the number of new racing simulators out there and the fact that it came out all the way in 2015.

What are the Features and Specifications of the Logitech G920?

The Logitech G920’s steering performance is very solid and does not feel cheap in any way. The hand-stitched leather wheel grips make them feel very premium and comfortable in your hands. They also do not move and are quite firm. The stainless-steel shifter pads in the back rotate with the steering wheel, which is great because I can always tap the paddles, especially if I’ve turned the wheel in an unusual position.

The overall feel of the steering wheel was excellent; it never felt sloppy, and I could always get the full flow of the turn I desired. The steering is very tight, with little understeer, and there is no lag on the controls, which is always a good thing.

Finally, the steering wheel buttons are a little finicky and sometimes feel a little light, but that is to be expected on a mid-range steering wheel. Overall, this is a fairly sturdy steering wheel, and I’m pleased with its overall performance.

The Logitech G920 gearbox has the least premium feel of the bunch, but that’s mostly because it’s attempting to replicate the true feel of a real gearbox without having an actual gear attached to it. It has a centre spring to simulate an H shift gearbox, but the shifts aren’t weighted, so it feels a little off. I wish the gearbox felt a little heavier and tighter to add to the sense of realism and immersion, all to make the game even better.

The pedals on the Logitech G920 are the most devise part of the whole steering wheel experience when playing. Some people like it, and some people hate it, and I’m not sure where I lean but let me explain. All three pedals have a different feel to them because they are all supposed to mimic the different situations a racer would encounter when using the pedals.

The brake has a rubber stopper that is supposed to put some force on the brakes on heavier turns, but it just feels unnecessarily heavy at times, and this really affects competitive drivers, especially when who wins and who loses is determined by fine margins.

The clutch has a bit of resistance, which is fine, but it feels too light at times, and you can over-push it and miss a crucial shift; that makes you have to play a bit heavy-footed, but the clutch is supposed to be almost as light as a tap.

The accelerator has no resistance, which is fine because it springs back nicely when you ease off of it. So you can slow down much faster, but you can also accelerate quickly to top speed.

I would say the brake needs to be tuned up a little bit so it can perform as needed because I think the resistance is needed, but it is a bit much, and the clutch could be a bit sharper.

How Much Does the Logitech G920 Cost?

The Logitech G920 is a good entry-level steering wheel and pedal set, but it has a few limitations which make it a bit difficult to give you the best performance, especially for competitive racing. However, as a casual and practice racing set, it is excellent.

The steering is good, but the gear and pedals could be better. If you’re a competitive racer, you might want to start with this set and then move on to a higher-end model. But if you’re a casual gamer who loves racing games, this set might be a good fit for you.

Overall, the Logitech G920 is a decent steering wheel for casual gamers. However, if you’re looking to get into competitive racing, I would recommend upgrading to a higher-end model. This is because some of the features on the G920 can limit your performance at the highest level.

However, for the casual gamer, the new variety of PC and console racing games on the market has made it worth getting a steering controller because now you can take full advantage of all the realistic and modern simulators out there.

Now over to you, what are your thoughts? Do you think a steering wheel is worth buying for a casual gamer?

Product Image Gallery – Is the Logitech G920 Worth It?

Can You Make Money On Axie Infinity?