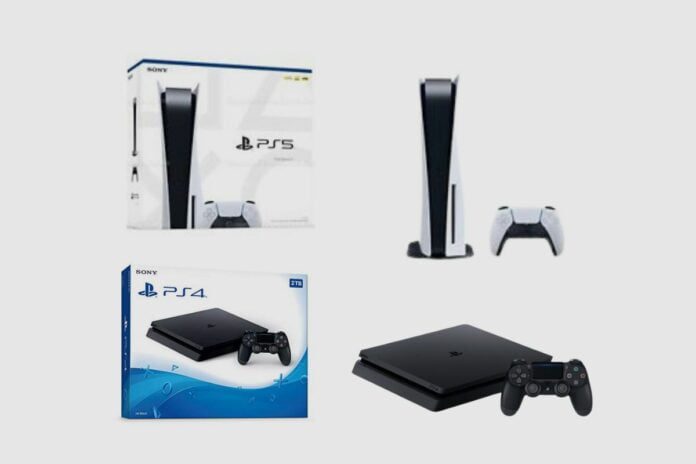 One of the main lines of gaming consoles Sony produces is the PlayStation series, which has gone through several iterations over the years. Two of these are the PlayStation 4 and 5, with the latter serving as Sony’s most recent product as of 2022.

It’s likely that many PS5 gamers first used earlier console iterations. As a result, many people still own their older PlayStations, including the PS4. When they already have access to the later PlayStation 5, those players might question whether there is any benefit to maintaining a PlayStation 4.

It can be difficult to figure out what to do with a PS4 once you have a PS5. So, in this article, I’ll respond to the question. “Do I need my PS4 if I have a PS5?” However, this is a very personal question, so I’m going to be arguing for and against keeping a PS4 because, in the end, I can’t tell you what to do with your console. After all, you bought it.

So, with that in mind, it becomes more of a difficult task to justify keeping a PS4. However, here are a few more points to help explain why I don’t think it is necessary to keep a PS4 when you have a PS5.

Here are a few reasons why you don’t need a PS4 when you have a PS5:

The PS5 is by far the more powerful of the two consoles and can render PS4 games with improved graphics in addition to playing the majority of your PS4 games. Games that have been patched or come integrated with a PS5 game boost can be played at graphical levels that are very close to the PS5’s.

Instead of keeping a console that you won’t play with, you could give it away as a gift or donate it to charity and help put a smile on someone’s face. I mean, that is always a better option than keeping it in storage and not using it again. You could always sell it and buy more PS5 games to play on your PS5 instead of keeping it to play old games.

One of the main reasons for having a PS5 is getting to play all the newest PS5 exclusive titles. Many of the most recent games released won’t be compatible with the PS4, even though some developers are still creating games for both the PS4 and PS5. So, what is the point of having a console that won’t have many new games released on it?

Especially when you will be playing almost exclusively on the PS5. During the latest state of play by PlayStation, about six new games were advertised to be coming out soon, and only God of War Ragnarök was announced to be available on both the PS4 and the PS5. Most developers find it hard to develop for older consoles because they can not fully implement their true vision when developing for older consoles.

Game developers can fully utilise all of the power that comes with a new console by creating games for it. While having to go down and try to implement for an older console is very time-consuming and may lead to half-baked games like Cyberpunk 2077 on the PS4.

I still hear a lot about people buying new PS4 games to play on their PS5, and I find it very confusing because to get the full PS5 experience, you still have to pay a further $10 to get it for PS5. Doesn’t that just defeat the purpose of keeping your PS4?

Why Might You Still Need Your PS4 if You Have a PS5?

Here are a few reasons why you might still need your PS4 when you have a PS5;

Due to chip shortages, scalpers, and inflation, the price of a PS5 has gone up considerably, which makes it relatively hard for everyone to get a PS5. So, if you have a PS5, it may be hard to get a match with friends playing PS5 exclusives like Returnal.

One of the main reasons to keep your PS4 when you have a PS5 is to play those games that have been delisted from the storefront and that you might not be able to find anywhere else.

There may still be a ton of PS4 games that you haven’t yet played. Even though the majority of them should be playable on the PS5, you can still find some great deals on older titles that will function perfectly on the PS4.

You can still play PS5 games on the PS4, thanks to remote play. When the PlayStation 5 is being used by others, this might be a good alternative. You can connect your PS4 to another room, access PS5 games, and even play them without using the PS5 itself.

However, I think with a little bit of patience, you could just wait for the other person to finish the PS5. Also, this is only an option if you have an extra TV. If you don’t have an extra TV at home, then there is no point in keeping your PS4.

You can continue using the PlayStation 4 as a backup console. Even if the PS5 is damaged, you can still play a ton of games while the other device is being fixed.

Can I Use Both My PS4 and PS5 at the Same Time?

It is possible to use both consoles at once. This is partly because of what we said earlier about remote play. Essentially, this feature streams PS5 content to your PS4. In this manner, even if your two consoles are set up in different rooms, they will both be in use. This is even possible with the same PSN account, but two PlayStation 4 systems are required.

You can designate one of them as the main console if you have one. If you do this, the main console can access the shared PSN account’s digital library, which includes content from another account holder’s device on the second console.

PS4 gamers may have access to your library. So long as you can sign in to that account when you turn on your PS5, someone else can access your games, thanks to your account. This library is usable by players on two different consoles simultaneously.

The PS5 will enhance the graphics of most PS4 games. It may take some time before the games that are exclusive to the newer consoles are released because there is still a ton of content available on the older gaming systems and because some gamers might only be interested in a PS5 as a way of enhancing the immersion or realism of their preferred PS4 games. A new set of graphics could give an experience you’ve already had a new feel or improve a brand-new one for you.

Depending on the game, the answer to this query might vary. Game Boost is a feature available on the PlayStation 5. Sony plans to use this boost to improve elements like the resolution and frame rates, as the name implies.

No doubt, having your PlayStation 4 next to your PlayStation 5 may have some benefits, though each gamer will have to decide whether doing so is worthwhile for them. However, I still feel it is a bit unnecessary to have a PS4 and a PS5 at the same time. I hope you found this article informative. If you have any questions or comments, please leave them in the section below. Thanks for reading.

Will the PS5 Media Remote Work on the PS4?