Is The PS4 Pro Better Than The PS4? 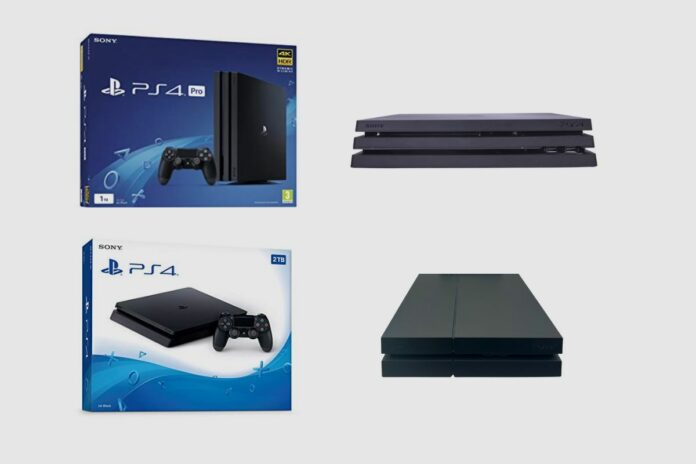 The debate between the PS4 Pro and the PS4 is a very complicated one. Deciding on which one to get, which one is better, and which one is worth getting is always a big topic of discussion amongst gamer communities. The debate has only gotten worse with the emergence of the PS5, and it has made the discussion about which is better even more difficult to decide.

However, due to price increases, inflation, scalpers, and general chip shortages, the PS5 is still either prohibitively expensive or difficult to obtain. Having said that, the PS5 is still the more powerful and superior system to both. However, in the case of the PS4 vs Pro debate, the Pro may be the superior system, but there are a few caveats that render the debate moot.

Is the PS4 Pro better than the PS4?

On the face of it, the PS4 Pro is the better system to get. It’s got more space on the hard drive, the graphical output is way better, and the whole user experience is way smoother than the base model PS4. However, to get a better view of which is better, I’m going to be putting both devices against each other to see which is better.

One thing that has to be made clear is that if you don’t have a 4K TV, you won’t be able to get the most out of all the power and performance that comes with the Pro model. However, that doesn’t mean you won’t get a performance boost when you are playing on a 1080p screen.

In terms of specs, they both share an AMD Jaguar x86-64 8-core CPU. However, the Pro has seen a 30% boost in its clock speed, going from 1.6GHz to 2.1GHz. However, real changes have been made in the GPU. The GPU of the Pro has jumped from 1.84 TFLOP to 4.2 TFLOP, to accommodate the power requirements that come with 4K gaming.

The Wi-Fi has seen a boost in performance, as well as the Bluetooth going from v2.1 to v4.0. The Pro also has an extra 1GB of DDR3 RAM that is used for non-gaming apps to allow the DDR5 RAM to become faster for gaming. These incremental improvements make the PS4 Pro far superior to the PS4 and make it far faster.

The Difference in Performance

In terms of performance, the PS4 Pro is way better than the PS4, but that depends on your display. On a 1080p display, the PS4 Pro gives your games a slight boost in graphical fidelity and hits a stable 60fps, but that’s not the best it can do.

It is only when you are set up on a 4K display that the true magic starts. However, it is limited to developer choice for implementation due to the hardware not being able to incorporate true 4K displays.

Developer implementation has come a long way from the initial launch days, as games like Watch Dogs 2 and Uncharted 4 have vastly different 4K rendering processes, which made both games have very different receptions from fans.

Nowadays, 4K gaming is more standardised, and most games have Pro modes, which favour graphical fidelity over frame rates, and Performance modes, which favour frame rates over graphical fidelity. It’s a method that has become very famous on PS5. The PS4 Pro version of God of War 2018 came with two separate modes; one for high-resolution gaming and one for matching a stable frame rate, which is much closer to 60fps.

Choosing a mode largely depends on player preference and play style. The camera movements are much smoother in performance mode, but the drop-off in visuals is very obvious, especially in games where the level of detail is so high when playing in 4K.

The Difference in Graphics

Finally, HDR implementation is also available for the TVs that support it. It is a mode that definitely adds to the quality of the images displayed on the screen. It adds to the gaming experience, especially when it comes to lighting and shadows. For me, the best combo for gaming is HDR and Performance mode activated. It gives the best balance between colour vibrancy and gaming performance.

Other games, such as Day Gone, use upscaling techniques to achieve a 4K output, but reports indicate that the techniques are better than stretching the image over a large number of pixels. As for games such as Deus Ex: Mankind Divided, the upscaling process is not as successful.

I think the best way to achieve a solid 4K performance is for developers to cleverly strike a balance between native rendering resolutions and the upscaling techniques used.

What is clear to see is that the PS4 Pro is clearly the better performer, even though it is not as powerful as the PS5. It still outperforms the PS4, which is very important to know but to get the most out of the PS4 Pro, you will need to have a 4K TV, as that will allow you to unlock all the performance boosts that come with the PS4 Pro.

In terms of loading times, the PS4 Pro offers a slight improvement over the stock PS4, but if you’re looking for a significant improvement, you’ll see more if you upgrade your launch PS4 with an SSD.

Boost Mode is a performance feature that came with the PS4 firmware 4.50. It allows games that have not yet received a PS4 Pro patch to get a performance boost when played on the PS4 Pro. A test using Digital Foundry showed that most games are getting as much as a 38% boost in performance. I tested games like Assassin’s Creed Unity, Project Cars, and Battlefield 4, all of which got a substantial performance boost when running on the Pro, despite not getting a Pro patch.

The Difference in Features

In terms of features, the PS4 Pro far outpaces the PS4 with features such as;

The Difference in Storage

The PS4 Pro is definitely an upgrade from the PS4, but “true” 4K gaming isn’t easy to achieve without compromise. The PS4 Pro’s internals has been strengthened a lot. Although the CPUs are similar, the PS4 Pro is clocked at a faster speed, and it shows when playing games on the system.

However, one big caveat still remains, and that is a 4K TV. If you don’t have one and don’t plan on getting one, your PS4 Pro experience will be limited. However, the 1080p boost you get when playing on the PS4 Pro is still better than playing on the base model, so the Pro still has its merits. I hope you found this article helpful, and if you have any questions about the PS4 Pro, please leave them in the comments.

Image Gallery – Is the PS4 Pro better than the PS4?

Can Roblox be Played on Oculus Quest 2?