The mini-console trend started with Nintendo’s NES Classic and later the SNES Classic and the PlayStation Classic in 2018. Each of these devices offers a careful selection of games from a retro console packed into a smaller device that looks just like the original console.

The box for each unit contains everything needed to get up and running, including the Genesis mini game console, two controllers, HDMI cable, and power supply cable.  In this review, we will be discussing more about this mini console, including its design, price and features. 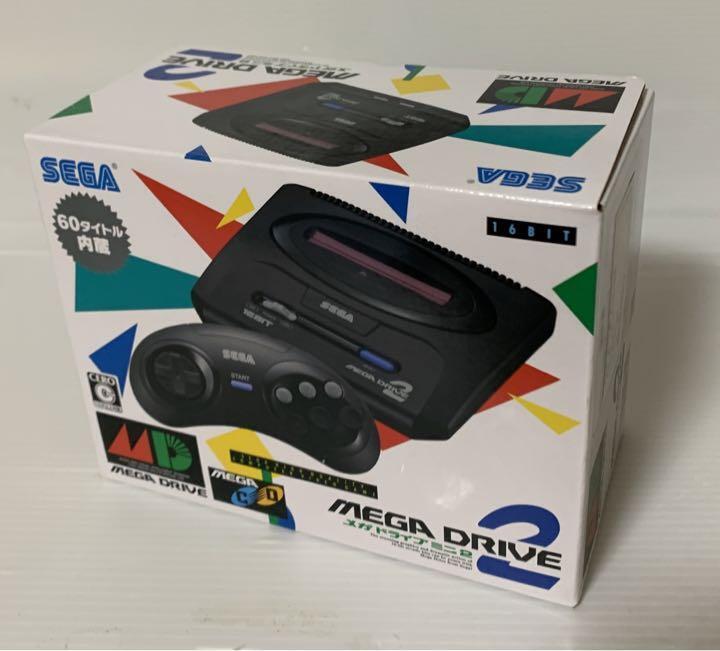 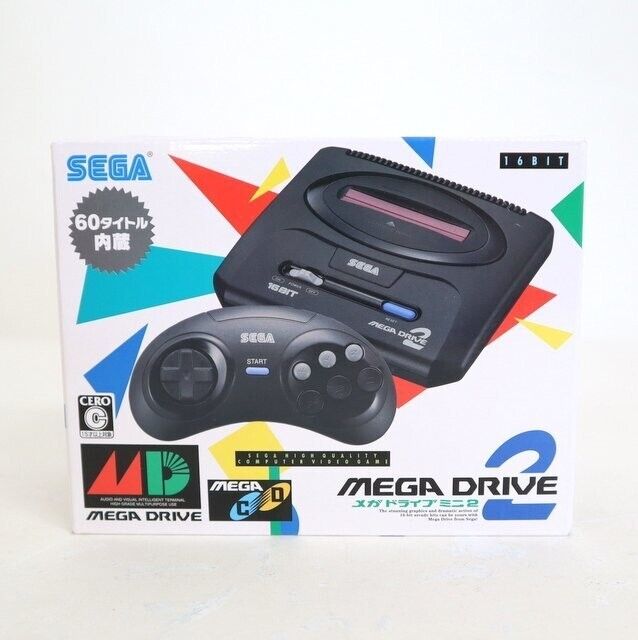 The SEGA Mega Drive Mini Game Console has a plastic build and is about half the size of the original console. It ships with two gamepads and has a ’16 BIT’ logo engraved on the top. However, the size doesn’t affect the console detail or performance.

It has a power switch, a volume slider that does nothing but you can slide it around if you want, a removable expansion port with no expansion option, a game cartridge slot that just shows how much attention Genesis put into this console. This console comes with just two ports at the back; HDMI out and DC-IN to power the console. It has a pretty simple and straightforward design just like every other thing about this console.

There is a setting that allows you to switch between the original 4.3 aspect ratio and widescreen display. This console provides clear and smooth animated details of each game so you don’t have to worry about that. You can also switch to the Japanese version which has slight effect changes and menu music composed by Yuzo Koshiro.

It does not have a rewind function like the Nintendo machines but it’s a lot better than the PlayStation Classic as it makes a lot of games accessible to you. Note that you cannot use your old gamepads with this model so if you want to play games with a six-button pad, you would have to buy the updated version. The SEGA Mega Drive Mini allows you to save games and continue where you stopped later. Once the console is plugged in, you can start playing immediately without having to worry about online updates.

This Mega Drive console is actually very good, not great but good. It has a few classic games missing and a short controller cord which can be irritating if you cannot find a comfortable spot close to the monitor. However, the most intriguing part of this console is the number of games curated in the game library.

This is like double the number of games the PlayStation Classic and the Nintendo SNES Mini offered. As a retro fan, it has all you could ask for.

How much is the SEGA Mega Drive Mini Game Console?

The SEGA Mega Drive Mini Game Console is sold for $124.99 on eBay but you can always check other retail sites for a better price option.

Is the SEGA Mega Drive Mini Game Console worth buying?

The SEGA Mega Drive Mini game console is worth every penny it costs. It offers more games than the PlayStation Classic and the Nintendo SNES Mini console offer a more comfortable and straightforward gamepad.

In conclusion, the SEGA Mega Drive Mini game console is an affordable mini console with great performance. It comes with 42 built-in games that a retro fan, most of all, would love. The three-button controller that comes with it does an excellent job too, but it might not be enough for some gamers, especially those who intend to spend a lot of time gaming, so therein comes the optional six-button gamepad that has been upgraded specifically for the Mega Drive Mini console at extra cost.

Q: How many games do I get when I purchase the SEGA Mega Drive Mini?

A: You will receive 42 games in your game library.

Q: Is the SEGA Mega Drive Mini suitable for kids?

A: Yes, the SEGA Mega Drive Mini is perfect for children.

Q: Can I use my old SEGA Genesis cartridges on the SEGA Mega Drive?

A: No, unfortunately, you cannot use your old Sega Genesis cartridges on this device.

Q: Are there any online features available on the SEGA Mega drive?

October 16, 2022
The mini-console trend started with Nintendo's NES Classic and later the SNES Classic and the PlayStation Classic in 2018. Each of these devices offers a careful selection of games from a retro console packed into a smaller device that looks just like the original...SEGA Mega Drive Mini Game Console Review and Buying Guide: Pros and Cons
Facebook
Instagram
Pinterest
RSS
Twitter
Youtube