Battlefield 2042 is an upcoming first-person shooter game scheduled for release on the 19th of November this year for PS 4, PS 5, Xbox One, Xbox Series X, and Microsoft Windows. This video game is going to be the seventeenth instalment in the game series, developed by DICE and published by Electronic Arts.

Unlike most games in the Battlefield series, the Battlefield 2024 game will be solely in multiplayer mode and not a single-player game. The game is also said to support cross-platform play, a first of its kind.

Battlefield 2042 will hallmark the comeback of the historic warfare of the series after its 2018 predecessor Battlefield V. In the future, with the world riddled with disorder, you will have to adapt and overcome the challenging battlegrounds with the help of your squad and high-tech weaponry, jets, vehicles and much more.

In this Battlefield 2042 Game Review, I will briefly discuss the features and highlights of the game, and this will stand as a guide to aid your decision on whether to play the game or not when it is finally released. 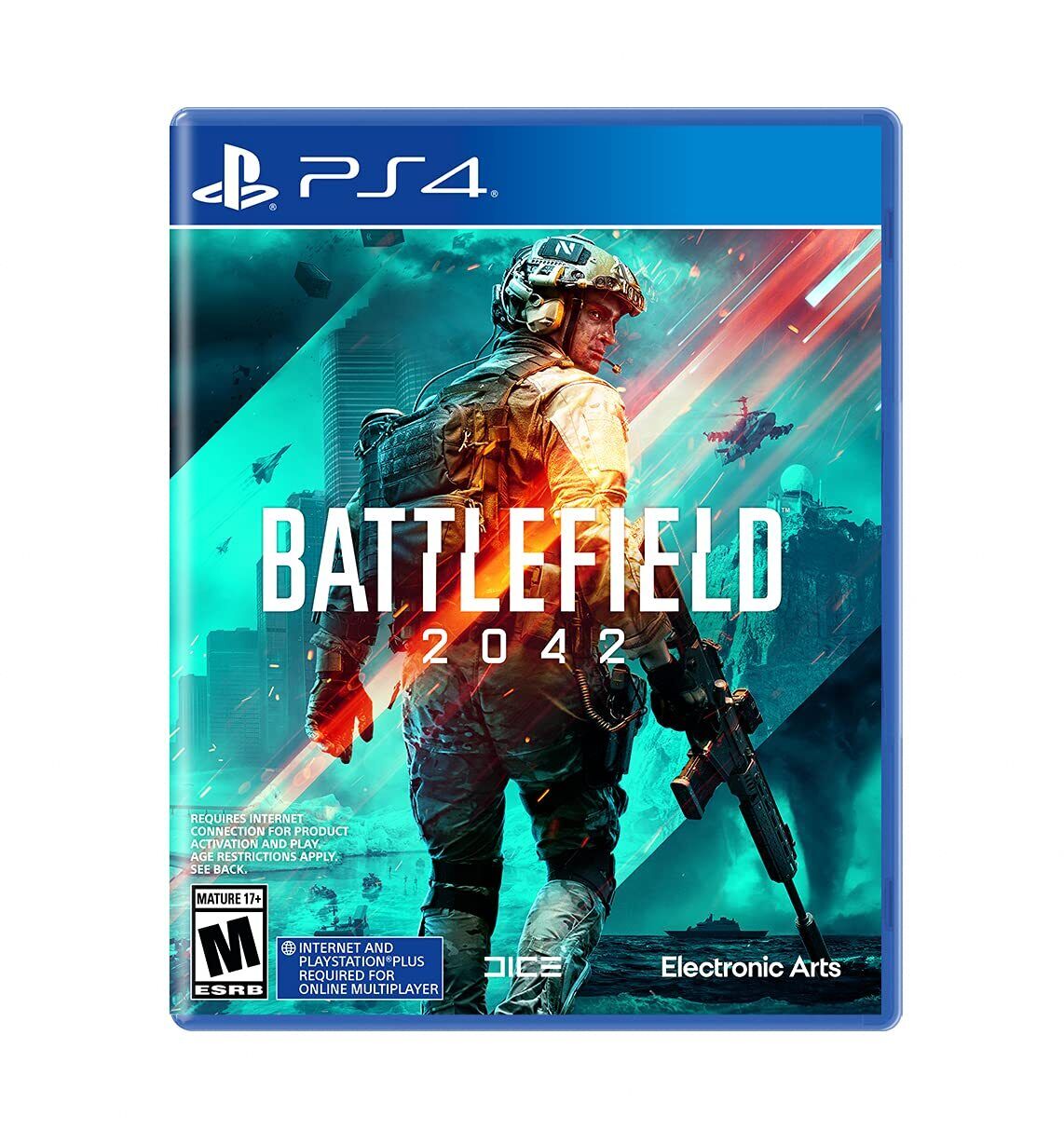 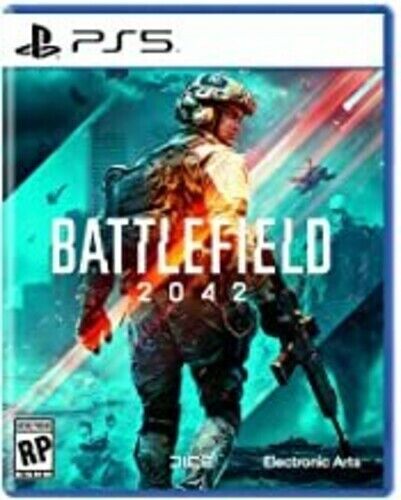 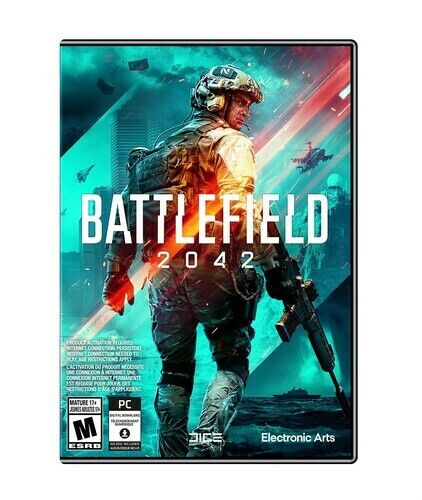 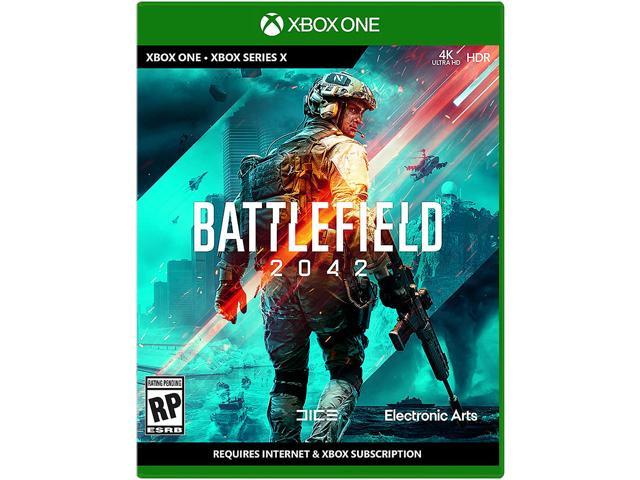 The Battlefield 2042 game is set in the future, where the continent is in ruin from the most overwhelming disaster known to man. The story of the game is said to be experienced via multiplayer gameplay.

The story depicts the devastation that took place over a period of time following climate change on the continent. This occurrence came to an extreme pinnacle in the 2040s with the breakout of Kessler syndrome, which caused most of the satellites to crash into Earth, resulting in a total blackout across the continents. And by the year 2042, the strain between Russia and the United States due to the global blackout had led to a full-blown war.

The developers of the game, DICE, have stated that the game would have three main gameplay modes: All-out Warfare, Breakthrough, and Conquest. The All-out Warfare is mapped out to be an intense experience of events ranging from forceful weather changes to freaking chaos.

The game developer has stated that players have the choice of either staying out of the tornado’s path or using its force to gain an advantage over opponents.

In the conquest mode, two teams will battle amongst themselves to gain control, and when control points of a sector are captured, the winning team takes control of the sector. Whereas in the Breakthrough mode of the video game, a team will battle to capture the other team’s control points while the team tries to defend the sector. Both modes of this game can be played with artificial intelligence.

When the game is finally released next month, I’m sure battlefield game lovers will be able to get a feel of the experience and get a better review of the game’s story and characters.

The game developers have also confirmed in recent times that the PC, Xbox Series, and PS 5 versions of the game will boast greater visuals with its 128 players feature compared to the Xbox One and PS 4 versions.

Even with this initial announcement, many gamers still wondered about the minimum spec required for the PC version, but with the open Beta release, we have an idea of the minimum requirement to play this game. The player is required to have a minimum of 8GB of RAM, with an operating system of 64-bit Windows 10, Intel Core i5 6600K, or AMD Ryzen 5 3600 CPU, and storage space of about 100GB to run the game smoothly on PC.

The official Battlefield 2042 soundtrack is composed by Hildur Guonadottir and Sam Slater. The soundtrack of the game is available for purchase on major music sites. And for the sound quality, I can’t conclude totally yet as the game is yet to be officially released. But I believe to get the best audio quality in any video game; you must make sure you’re using a very good audio output for your gaming hardware.

According to the publications on the game developers page, Battlefield 2042 will be supporting cross-platform play with  PS 5, PC, Xbox Series X, and Xbox Series S versions, a first for the Battlefield series. At the same time, players of PS 4 and Xbox One versions will only be able to play with the previously mentioned platforms.

In the game, the players are the farmers, soldiers, and engineers – the survivors of the breakout, and they are called No-Pats; they are not fighting for a flag but rather fighting for the future of the continent.

Battlefield 2042 is said to offer 10 specialists at launch, and others will be added much later. But so far, only four specialists have been revealed: Webster Mackay (Class: Assault), Maria Falck (Class: Support), Pyotr “Boris” Guskovsky (Engineer), and Wikus “Casper” Van Daele (Class: Recon).

There are three main Editions of Battlefield games to buy, and it also depends on the platform you are using to play. The Editions of the game are Standard Edition, Gold Edition, and Ultimate edition. Below is the breakdown of the game editions across the gaming platform.

There are several other games, like Battlefield 2042, that you can also try out and look out for when you next visit the game store. A few of these available games are Call of Duty (series), Escape from Tarkov, Destiny 2, Fortnite Squad, Titanfall, and Arma 3.

You can always look out for these video games when they are released Dying light 2, Back for blood, Elden Ring, Forza Horizon 5, and Halo Infinite.

IS THE BATTLEFIELD 2042 GAME WORTH BUYING?

Yes, I believe the game has sound playability and graphics that give it an edge over other new releases, especially with the high-tech features of the game. Battlefield 2042 is going to be worth every penny when released for play next month.

This upcoming release of the Battlefield series is going to support multiplayer mode only, unlike the other video games of the series. Although it was disappointing initially when the game developer made this announcement, however with time, I have learned more about the game, and my anticipation for the game has increased.

The versions of Xbox Series X, Xbox Series S, PC, and PS5 have 128 player counts, while the Xbox One and PS4 support only 64 players. And according to the developers, the lower count of players will not affect the overall game experience compared to the other platform.

There isn’t much to talk about yet until the game is released next month, but I’m very sure that Battlefield 2042 game isn’t going to disappoint just like its predecessors in the series.

The game is going to be spectacular, from the gameplay and trailers that have been released on the game site. Even though the game is yet to be released, I strongly believe the developers will not disappoint in delivering a breathtaking gaming experience.

No, information released so far simply states that the battlefield 2042 will not be a free-to-play game but will be full-priced at the game release. You can pre-order the game now at any of the game stores nationwide.

No, The Battlefield 2042 game won’t be providing a free upgrade.

Yes, the video game is going to run smoothly on all launch platforms when it comes out on the 19th of November, 2021.

No, Players of the PS4 and PS5 will not be able to play together in the Battlefield 2042 video game, but rather the game support cross-play exclusively with consoles of the same generation.

Yes, with the UTC kick-off in October 2021, the Battlefield 2042 beta is available for free on Microsoft Store and PlayStation Store.

October 16, 2022
Battlefield 2042 is an upcoming first-person shooter game scheduled for release on the 19th of November this year for PS 4, PS 5, Xbox One, Xbox Series X, and Microsoft Windows. This video game is going to be the seventeenth instalment in the game...Battlefield 2042 Game Review: Discover the Pros and Cons
Facebook
Instagram
Pinterest
RSS
Twitter
Youtube