Nintendo Switch Game Console Review: Discover the Pros and Cons of the Console

Nintendo Switch Game Console was first launched in 2017 and has had upgrades since then. It can be used as a home console with your TV, and it can also be handheld used on the go when playing digital games.

New Nintendo versions have emerged over the years, and this being the latest one has a larger OLED display, better battery life, and more storage space.

There’s no need to worry about losing any data because you will not lose anything when using the system. You just need to make sure that you back up everything before starting up again.

The Nintendo Switch is a hybrid video game console developed by Nintendo. It runs games from its own excellent game library or those available through other platforms such as PC, mobile phones, tablets, etc.

It’s important to note that there are some limitations regarding how much time you can spend gaming while travelling. For example, you cannot connect your device to a projector or large monitor during gameplay. Also, you should avoid placing your Nintendo Switch too close to heat sources. 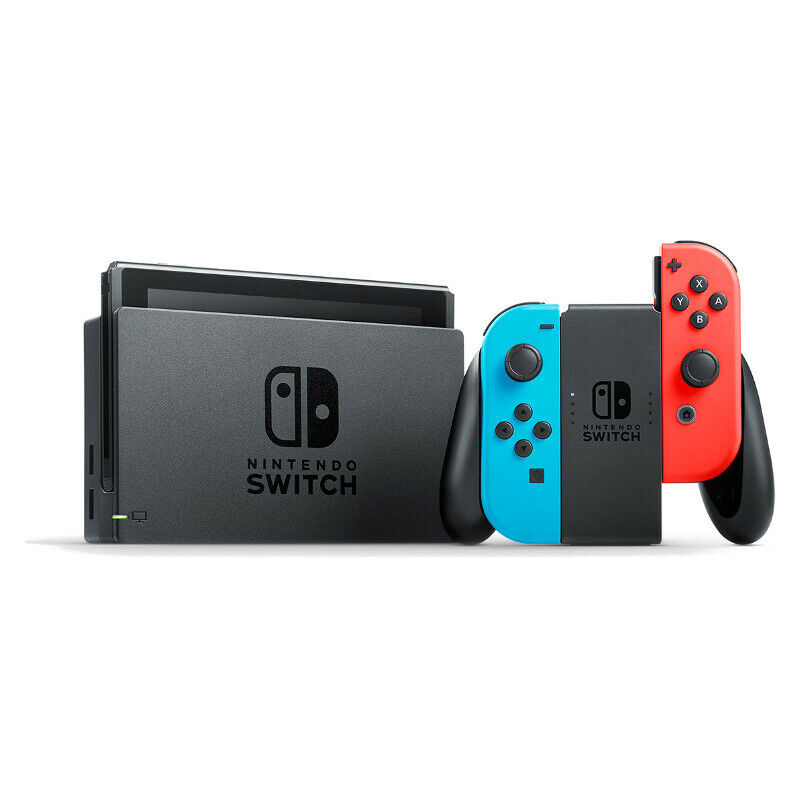 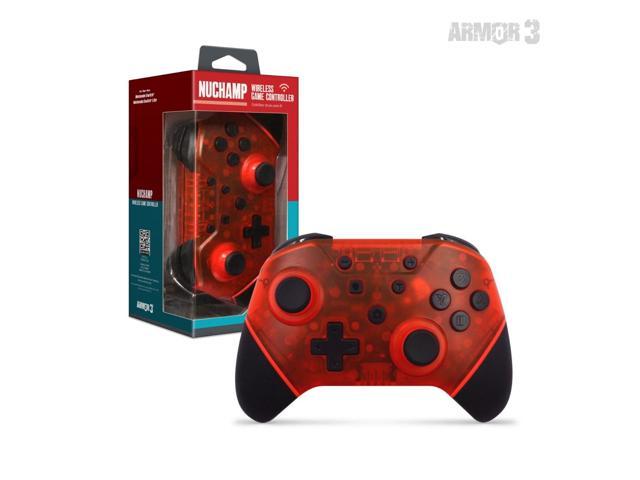 The Nintendo Switch game console is a unique console in a rectangular shape with curved edges made of matte plastic. It comes either in white or neon blue and red. It has detachable controllers (Joy-Con) attached to both edges that you can use in handheld mode or in tabletop mode when detached from the 7-inch display.

It also features an adjustable kickstand for a better view angle and a wired LAN port for TV mode. It is slightly bigger than the previous model when placed closely together and heavier too. Around the console, you will find a power button, a volume rocker, a 3.5mm headphone jack, and a game card slot. It has a total of 3 USB ports for charging and plugging in other accessories and an HDMI output to connect to your TV.

The new Nintendo Switch has a 7inch OLED display that is bigger, brighter and better than its predecessor. It makes every detail during gameplay pop displaying sharp contrasts and vivid colours. Playing games with the Nintendo Switch OLED is more immersive than the LCD model with richer colours.

The Nintendo Switch is designed for both portable play and at-home use. This means that you can take it anywhere with you and still enjoy playing games without having to plug it into a power source. It is equipped with the Nvidia Tegra X1 processor, enhanced graphics and 64GB of storage.

Performance is not so different from the 2017 model, but with a lot of improvements. Its 7inch display allows you to play at 720p resolution in handheld mode and 1080p @60fps when docked.

Both controllers feature analogue sticks and triggers, along with some added buttons. In addition, they offer motion controls and vibration feedback.

The Nintendo Switch OLED game console delivers a good display, a better kickstand and improved speakers, but it is not worth the upgrade If you already have the previous model, except if you just feel like buying it or you need a replacement. It still has the same maximum resolution of 720 pixels, and it sometimes slows down when playing demanding games.

It’s important to note that there are some limitations regarding how much time you can spend gaming while travelling. For example, you cannot connect your device to a projector or large monitor during gameplay. Also, you should avoid placing your Nintendo Switch too close to heat sources.

How much is the Nintendo Switch Game Console?

Nintendo switches OLED game console is sold for $510, which is about $.  Lesser than the previous model.

There are three versions of the Nintendo Switch Game console. They are;

Is the Nintendo Switch Game Console worth buying?

The Nintendo Switch OLED Game Console is a slight upgrade to the previous model with an LCD display and is worth buying mainly for new buyers who want to get a gaming console, but for a user of the previous model, it is really not worth the upgrade for a handful of improvements. Its bigger and brighter display, increased storage space and battery life are what make it a viable option over the base Switch model.

In conclusion, if you are looking for a portable gaming device, then this one will be perfect for you as it does everything well. The only downside is its price tag. But if you are willing to spend some extra money on your next purchase, then go ahead! You won’t regret spending the additional amount of money.

Q: What is the difference between the two models?

A: The first one was released in 2017, while this year’s version is an upgraded version. This means that there are no major changes on the hardware side. However, some software updates might come out later.

Q: Is the Nintendo Switch Game Console compatible with my old consoles?

A: Yes! You can connect your original Nintendo DS, Wii U, Xbox One S, PS4, etc., to the Nintendo Switch via USB cable.

Q: Can I transfer data from other devices such as PC, Mac, Android phone, iPhone, iPad, Kindle Fire HDX 8.9, etc.?

A: No. There is no way to transfer files wirelessly. But you can use Bluetooth technology to stream music and videos.

A: Yes. You can play against friends using a local network or internet connection.

Q: Do all the controllers fit perfectly?

A: All the Joy-Con Controllers fit perfectly.

Q: Are they comfortable to hold?

A: Each controller fits comfortably in your hands.

Q: Which type of batteries should I buy?

A: Lithium-ion batteries are recommended.

Q: How long does the battery last?

A: Depending on how often you charge them, they could last up to 9 hours.

Q: Will the charger work with any other brand of batteries?

A: No, it works specifically with Nintendo-branded ones.

Q: Why did Nintendo remove the headphone jack?

A: To make room for more buttons.

Q: Where can I find the best deals?

A: eBay usually offers great discounts on these products.

October 16, 2022
Nintendo Switch Game Console was first launched in 2017 and has had upgrades since then. It can be used as a home console with your TV, and it can also be handheld used on the go when playing digital games.New Nintendo versions have...Nintendo Switch Game Console Review: Discover the Pros and Cons of the Console
Facebook
Instagram
Pinterest
RSS
Twitter
Youtube