Life Is Strange True Colors Game Review: Is the Game Worth Buying?

From Square Enix entertainment comes another spectacular release to the Life is Strange series (Life Is Strange True Colors). I always tell my friends that this video game series feels more like a movie than a game, with the emotions portrayed by the heroes as they juggle between their personal relationships and the everyday challenges of helping others.

The Life is Strange series is a graphic adventure award-winning video game that just keeps getting better with each new release. Life is Strange True colors are the third principal game following its predecessor; Life is Strange 2, and the fifth instalment in the game series.

True colors game, unlike previous games in the series, was released as a full package game, with the story being segmented into chapters. The protagonist of the game, Alex Chen works to solve the mystery behind the death of her brother using her psychic power.

The Life is Strange: True Colors game is played from a third-person’s perspective, where the player acts as the protagonist of the game. It was released on the 10th of September 2021 and was developed by Deck Nine and published by Square Enix.  The game was released on PS4, PS5, Nintendo Switch, Xbox One, Xbox Series X, Xbox Series S, Microsoft Windows, and Stadia. The release to other gaming platforms will be later. 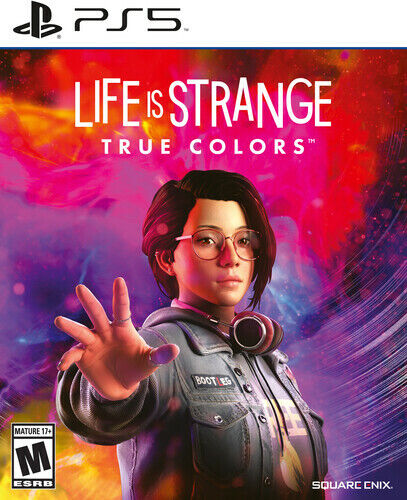 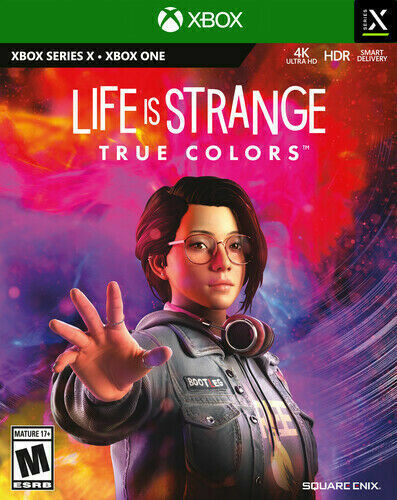 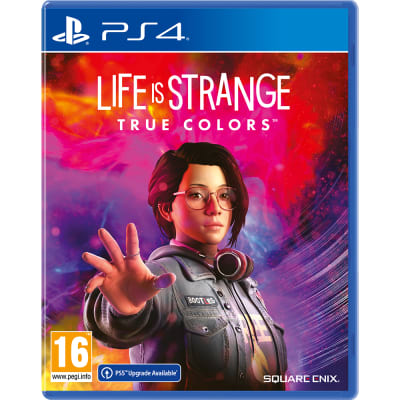 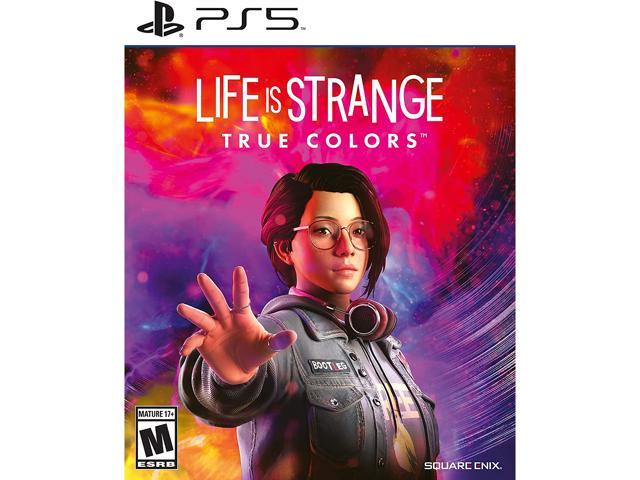 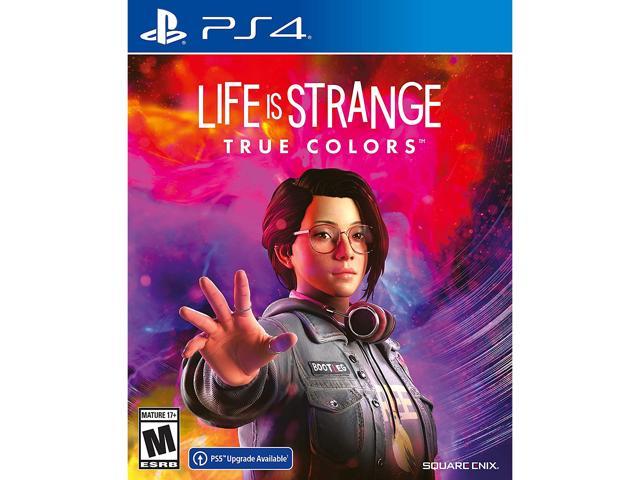 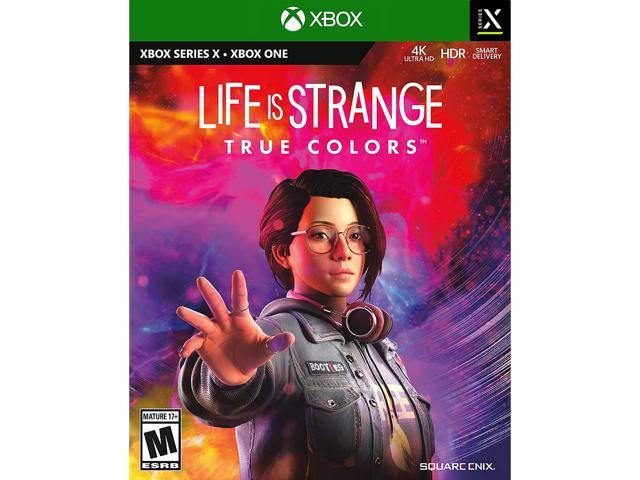 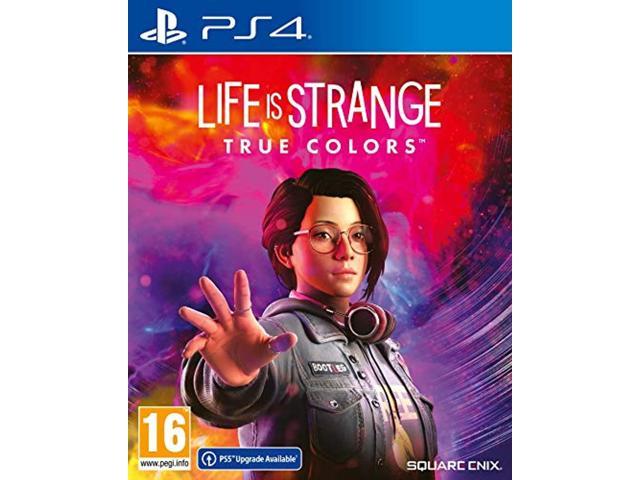 THE GAME STORY AND CHARACTERS

The protagonist of the game Alex Chen has always tried to hide her superpower abilities of understanding and managing the emotions of others. But after the death of her brother, she had no choice but to embrace her special abilities to resolve and reveal hidden secrets within the city.

In the game story, Alex Chen the protagonist left the foster home she has been living in for some years to unite with Gabriel, her brother who lives in Haven Springs. Gabriel shows Alex around town introducing her to some of the residents and most of the town’s residents work with the Mining, Typhon, in town.

When Gabe brought Alex to his apartment they were interrupted by Mac, the local miner, who attacked and accuses Gabe of sleeping with his girlfriend, Riley, this causes Alex emotions to flare up in defence of her brother beating Mac.

Later Ryan came to inform them that Ethan was missing, the three went out to the mountains in search of the boy, meanwhile, Gabe made a call to Typhon to cancel any blast in the area. With her abilities, Alex was able to save Ethan but not Gabe as the blast went off causing a landslide to kill him.

Alex, unable to comprehend what happened at the mountain, seeks answers to her brother’s death using her powers. She first confronts Mac who was working the shift when the incident happened, and he claims initially not to have received a call from Gabe but later discovered that his superiors prevented him from acting on the call. And the mining company is trying as much as they can to cover up the incident and shut him up.

However, Alex enlists the help of Ryan and Steph in digging out the truth. She stole from Diane the USB drive containing the recording of the events and found a message from her superiors told her to ignore the message and continue with the plan.

But before she could do anything with the discovery, she was arrested for fraud and theft by Pike and later to be released by either signing an affidavit to discontinue her investigation or using her powers to remove Pike’s fear.

Jed brought Alex to an abandoned mineshaft and informed her about the cover-up deal he was involved in with Typhon eleven years ago, involving the death of some miners before shooting her.

Alex survives falling into the mineshaft, although badly injured, and she begins to have flashes from her early years about her mother dying of cancer, her father and her years in foster care. While finding her way out of the ditch hole, she came across her childhood neck-chain at the burial site of the killer miners, realizing her father was among the dead miners years ago.

After breaking out of the mine, Alex went straight to the council meeting in town to reveal the roles that Jed played in both the death of Gabe and the miners and the attempts by Typhon to cover up all crimes. As Jed and Diane were trying to deny the allegations. Alex uses her abilities on Jed for him to realize his actions and confess to the crimes while the council members and Ryan will either be against or support Alex.

Rounding up the game story, Alex remembers her dialogue with Gabe and decides if she should remain in Haven Springs or pursue more adventure as a musician alone or with either Ryan or Steph.

I believe game lovers like myself will tell you that Life is Strange: True color game has one of the best visuals amongst the video games released this year. The graphics of the game are great depending on what works best for you as a player, you can decide to go for performance over resolution or vice versa.

Also, in the PC version, the framerate issues from earlier experiences have been resolved and Life is Strange True color is now available in HDR. The game developer hasn’t yet published a standard PC requirement for playing the True color game, but it is believed that the game can play on most PCs with varying output quality.

Practically everyone I know that has played the Life is Strange: True Colors game has only wonderful things to say about the soundtrack. Most of the original soundtrack of the game was composed by Angus & Julia Stone of a folk and indie pop group. The other soundtracks used in the game are from Novo Amor and mxmtoon.

In the Life is Strange: True colors, there are instances such as the protagonist apartments or the jukebox, where the player has the opportunity to listen to music selections of choice.

Overall, the soundtracks are a perfect blend of the gameplay, as it portrays the emotions of the protagonist at different stages of the video game.

In Life is Strange: True color, the player controls Alex Chen, the protagonist in the game. The player follows Alex as she explores the different frictional locations of the Haven  Springs, interacting with the non-playable characters of the game.

Alex uses her psychic powers to read and manage people’s emotions. This gift is seen as a bright and colourful aura, where she feels other people’s emotions at the cost of her own emotions. Non-player characters will have intense auras signifying the pain and trauma they are experiencing.

They form a Nova that transforms their surroundings to image their trauma when Alex and these characters interact, thereby giving the player the opportunity to identify the cause of the trauma and guide Alex to help the characters.

There are a few other games in the store today that share a similar storyline and gameplay with the Life is Strange: True color game and some of such games are Dear Althea, Tell me Why, Solstice,  Of Bird and Cage, Melancholy Love, Firewatch, Walking Dead, Road 96, and MAMIYA.

IS LIFE IS STRANGE: TRUE COLORS GAME WORTH BUYING?

I believe if you don’t have this game in your collection, you are totally missing out on an awesome game. Though recently released, the game just stands out among many, and I believe it is the best Life is Strange game series so far. Life is Strange: True color is worth every penny you are spending to buy either of the released editions.

This Life is Strange: True color game is a story about empathy, devotion, and integrity. The player goes through all the emotions of the protagonist as she tries to help relieve people’s pain and by digging deep into the hidden truth about the small town of Haven Springs.

The main story of the game revolves around the death of the protagonist’s brother and the happening that follows as she tries to uncover the truth. As she carries out her investigations, her emphatic power becomes useful in reading minds and exploring people’s emotions.

All through the journey, players will come across different varieties of choices and decisions to make at each stage of the game. The player’s choice of response in handling situations may vary, thereby giving rise to different game endings.

Life is Strange: True Colors is a lovely representation of graphic adventure, if you’re already a fan of the Life is Strange Series, then you definitely know what you are missing out on if you are yet to play this game.

However, for the newcomers, now is the perfect time to start your adventure of the Life is Strange series with the fantastic protagonist of the True Colors game.

Price History for Life is Strange True Colors for PlayStation 4

October 16, 2022
From Square Enix entertainment comes another spectacular release to the Life is Strange series (Life Is Strange True Colors). I always tell my friends that this video game series feels more like a movie than a game, with the emotions portrayed by the heroes...Life Is Strange True Colors Game Review: Is the Game Worth Buying?
Facebook
Instagram
Pinterest
RSS
Twitter
Youtube