Subnautica Below Zero Game Review: Is the Game Worth Buying?

With the Subnautica Below Zero game, you are plunged into an underwater adventure game on an alien planet at a freezing temperature below zero. This game is set two years apart from its predecessor the 2018 Subnautica. This video game is the latest episode in the Subnautica universe and it’s a total package of action, adventure, and survival.

Subnautica Below Zero game is set in an open world and played from a third-person perspective. The game was released on the 14th of May 2021 for Microsoft Windows, PlayStation 4, PlayStation 5, Xbox One, Xbox Series X, Xbox Series S, macOS and Nintendo Switch was developed and published by Unknown Worlds Entertainment.

In this adventure, you are back to planet 4546B to uncover the hidden truth behind a fatal conspiracy surrounding. Your survival skills are put to the test, from crafting tools to constructing shields and diving deeper into the Subnautica oceanic planet in yet another stimulating adventure. 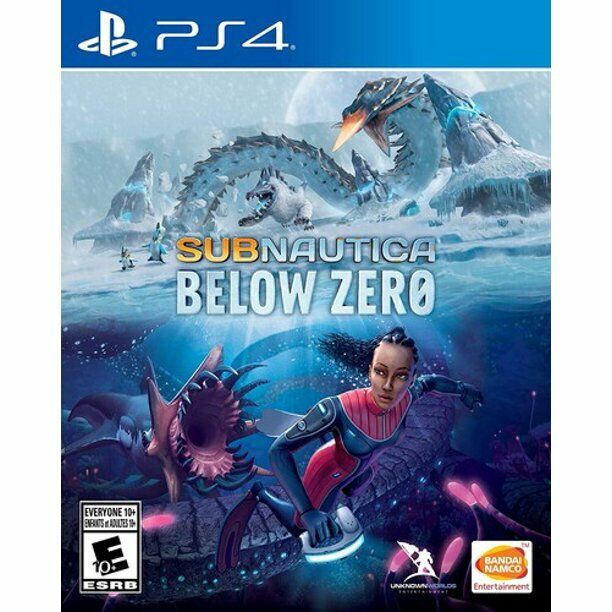 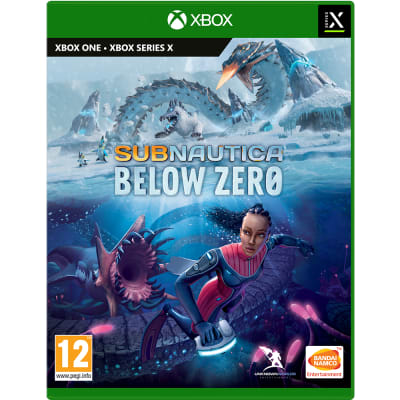 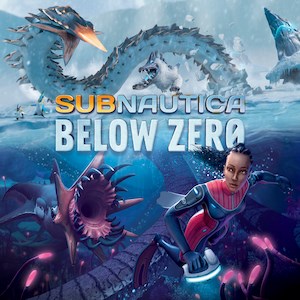 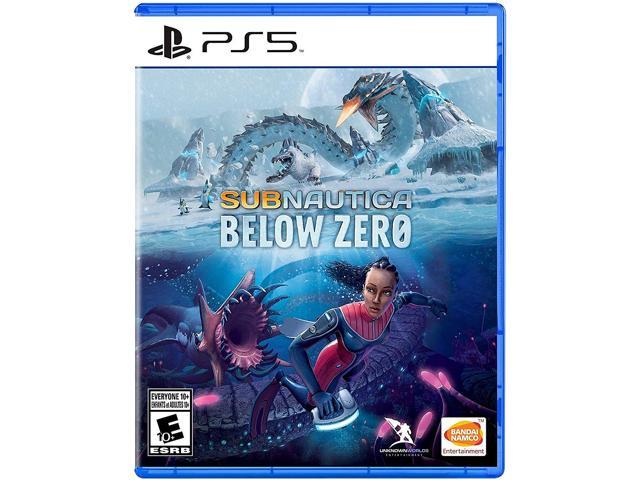 The Subnautica: Below Zero game is set two years after the events in the Subnautica game where the scientist, Robin Ayou, finds herself at the Planet 4546B investigating the death of her sister Samantha, alleged to be because of Alterra’s Employee negligence

In the past year, Alteraa has constructed a few research stations on the planet 4546B and are moving out all their workers, and this gives Robin a chance to slip into the frozen planet. Soon after landing on the planet, Robin receives a distress signal and immediately moves in to investigate and discovers a shelter with a digitized consciousness of a living alien-ancestor, Al-An.

The Al-An, after introducing itself to Robin, without consent downloads itself into her mind before the shelter power source shuts down. Furious at the intrusion on her mind, Robin came to an agreement to build a new body for Al-An and to accomplish this she had to source for Alien fittings and Artifacts around the planet to get the essential components and materials.

On their way, Al-An reveals to Robin that he was one of the lead researchers at Alteraa Lab where they were researching the treatment for the Kharaa Bacterium. During the period, it defied orders and attempted to hatch Sea Dragoon eggs which lead to the Kharaa Bacteria outbreak on planet 4546B. Al-An also admits not to have contacted Alteraa because it believes their motives do not align and doesn’t intend to risk endangering its kind.

However, whilst probing into the death of Samantha and going through the abandoned research facilities, Robin came across the cadaver of a leviathan that was found by Alterra. The cadaver still infected with the Kharaa bacterium was preserved in ice and was being used for research by Alterra.

Samantha has been aware of the activities and scared of another Kharaa epidemic and the use of the bacterium as a biological weapon resolves to sabotage the project using explosives which destroyed the cave holding the leviathan while Degasi, her friend, destroys the Lab-facility used for storing the bacterium samples.

Samantha could not escape the cave on time when the blast went off and she was killed by the collapsing rubbles.

Alterra unable to pinpoint what happened in the cave, regards her death as negligence.  And to stop Alterra from restarting the research project on the Kharaa bacterium, Robin counteracts the Kharaa-infected leviathan with an antibacterial agent she discovered earlier which was developed by Samantha when she was alive.

Afterwards, Robin built a new body for Al-An utilizing all the needed materials that were recovered. Al-An moves into the new body and decides to go back to the ancestral land to recompense for past mistakes and find out what transpired with the other Architect. An Architect-phase gate is activated by Al-An as both Robin and Al-An embark on a journey to homeworld amidst the feeling of ambivalence.

The visual of the Subnautica: Below Zero game is great and well detailed; the developers, Unknown Worlds Entertainment, were very creative in their design of characters and objects, giving it a realistic look with the whole game coming to life. I can categorically say that the video game did not disappoint in its visual effect and is a pleasant experience to the sight.

Amongst the release platforms, the PlayStation 5 version of the video game will be able to run 4k resolution at 60fps whereas Xbox Series S will get 1080p and not 4K at 60fps. There is still a possibility for more updates in the near future but for now, only PlayStation 5 and PC platform users can optimize their graphic settings to get optimal experience in the Subnautica: Below Zero game.

I believe one of the most important features and the main selling point for this video game is the music used for the game. The audio files are just splendid and blend perfectly with the gameplay. The soundtrack used in the Subnautica: Below Zero game is an original composed by Ben Prunty and it features fifty-four Re-mastered and expanded tracks. The soundtrack used in the video game is available for purchase and stream on the game site.

Although I didn’t encounter any audio or technical issues with the video game, I did come across gamers who have complained about audio issues at some point in the gameplay.

It could possibly be that their audio driver has been misconfigured or they need an update. And it’s also possible you need to disable the audio output you are currently using and reconnect back or change the hardware entirely.

Subnautica: Below Zero game is played from a first-person’s perspective, where the game player commands the leading role of the game.

The game is an adventure-survival game set in an open-world space with the main character landing on the planet 4546B in the quest for clues to resolve the case of the missing research crew and negligence on a research facility. The gameplay of the Subnautica: Below Zero game like its predecessor “Subnautica” is for the player to explore and survive on the alien planet as well as accomplish the set goals to progress in the game plot.

In the game, players will collect tools and supplies that will aid survival during this adventure.

Before starting a new game, players have four options of difficulty mode they ought to select from Survival mode, Freedom mode, Hardcore mode, and Creative Mode.

In Survival mode, players are to manage their health, thirst, hunger, oxygen, and temperature while the Freedom mode is almost like survival mode; the only difference is that thirst and hunger are deactivated. The Hardcore mode is also similar to the survival mode, however, if the player dies, the play ends as the player will not reemerge as we have in the Survival mode.

The creative mode is entirely different as the features are disabled all the crafting plans are developed, and you don’t need to manufacture the resources as the knife, flashlight, scanner, habitat builders, submersibles and so on are provided which cannot be destroyed and doesn’t require an energy source.

The entire game is located underwater although there is a substantial land-based area available for exploring in the northern world of the game. The game features new gadgets such as the mineral detector, Booster Tank and Flashlight Helmet. Also added to this game is the day-night cycle which influences visibility and weather like fog, snow, and wind.

Players can develop hypothermia when exposed to severe weather conditions and can only be prevented by building a sanctuary with tools collected or finding shelter inside caves or by making survival kits that help the player to survive outside.

There are several other games in the game store that share a few similarities to the Subnautica: Below Zero video game and some of which are Breathedge, The Deep, Bermuda – Lost Survival, Snow Survival, FarSky, Stranded deep, Mist Survival, Green hell, Escape the Pacific and Snow survival.

Is Subnautica: Below Zero Game Worth Buying?

The Subnautica Below Zero video game is worth having in your game collection. If you have played the original game “Subnautica”, just know that this is a spin-off with a twist with a touch of interesting new features. Even if you haven’t played the previous release, it is still not bad if you get to play the Subnautica: Below Zero first.

Landing on the temperate region of Planet 4546B with nothing more than your Survival skill and tools, ready to embark on a thrilling adventure uncovering the truth from the trail of clues that Alterra left behind when they abandoned the research facility swiftly.

With the captivating scenery and fascinating characters, get ready for the best underwater survival-adventure gaming experience, Subnautica: Below Zero, provides an expansive and explorable environment for players to test their capabilities and skills under extreme climate conditions with little resources at their disposal.

All the alien creatures you will come across aren’t all friendly as some will be lurking in the corner and waiting for the perfect time to strike.

Subnautica Below Zero game is spectacular and fun just like the previous game Subnautica. But the additional features make it lose that uniqueness that came with its predecessor. While new players may struggle to grasp the gameplay in this survival game, but for most old players of Subnautica, it is going to be a walk in the park and might not be as challenging as one would have expected compared to the previous game.

October 16, 2022
With the Subnautica Below Zero game, you are plunged into an underwater adventure game on an alien planet at a freezing temperature below zero. This game is set two years apart from its predecessor the 2018 Subnautica. This video game is the latest episode...Subnautica Below Zero Game Review: Is the Game Worth Buying?
Facebook
Instagram
Pinterest
RSS
Twitter
Youtube