The Mario Golf Super Rush game is developed by Camelot Software Planning and published by Nintendo. For this instalment of the Mario Golf series, Multiple modes like Speed Golf, Golf Adventure, and Battle Golf were introduced, where game players (mostly with other players) run towards the ball as they swing.

Since the release of the video game on the 25th of June 2021 for the Nintendo Switch platform only. It has received mixed reactions from game lovers all around the world. In this Mario Golf Super Rush game review, I will be talking about everything you need to know about the game. 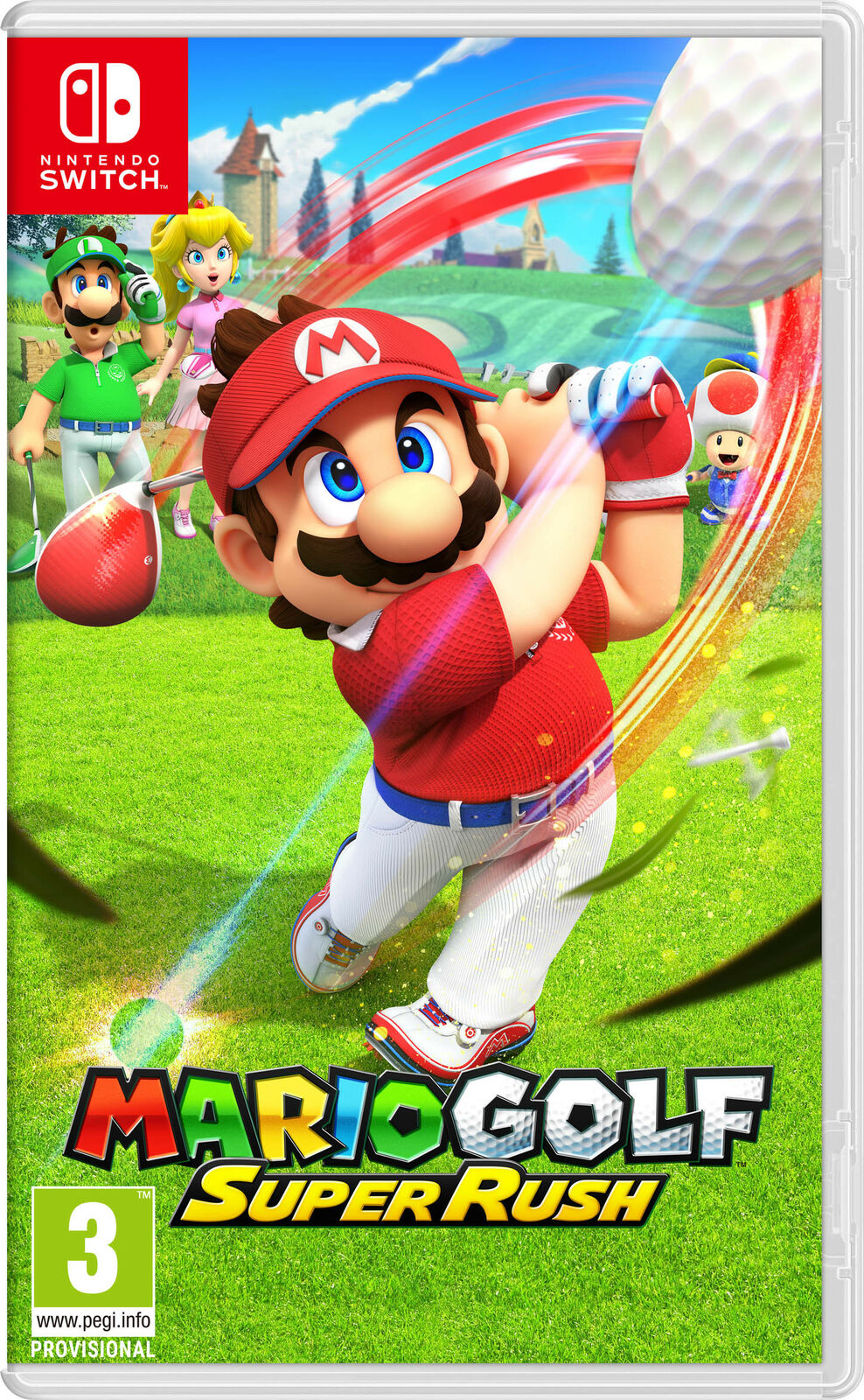 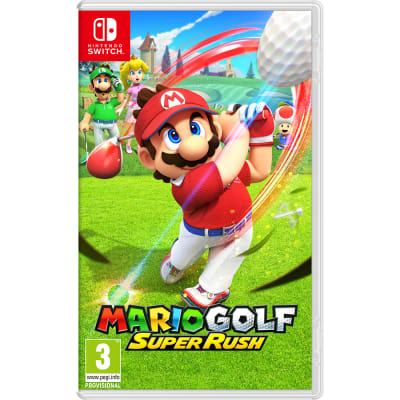 The gameplay of the Mario Golf: Super Rush game follows the same rules as every golf game, where the player must play the ball into the hole within a small stroke count while avoiding obstacles such as water and sand traps.

In the Speed Golf mode, players compete to complete the course at the fastest time rather than with the fewest stroke count. Players take shots simultaneously and after each stroke race to the position of their ball and continue playing till the ball hits the hole. Players will also have access to features such as special shots and dash ability.

The special shot gauge loses coins when the player encounters an obstacle whereas the collection of coins increases the special shot gauge. Playing this game, the stroke count and the total time are recorded as players score. While running, the player’s stamina gauge which is supposed to be green turns red when low, and to replenish this energy back the players must collect hearts.

Whereas, in the Battle golf mode four players are competing against each other in a field of nine holes with specific obstacles. The goal in this mode is to be the first player to hit your ball into three holes. And while playing on the field, players collect coins to launch items with their golf club to attack opponents.

For the golf Adventure mode, which is more of the experience and role-playing mode. The player controls their customized Mii as they train and compete with classmates in the country club matches to gain experience points for level and rank upgrade and skill points that are used for upgrading stats such as Stamina, Speed, control, power, and Spin. In this mode of the Mario Golf: Super rush game, players interact and challenge several other playable characters in matches and winning tournaments gives the players the opportunity to gain new outfits and clubs.

Displayed on the corner of the game screen are additional information like the numbers of holes, hole yardage, wind speed, wind direction, current score, stroke count and so on.

The course environment is beautifully set just like any real-life golf course should look like. The graphic is not as bad as I thought it would be when I tried out the game, although I believe the developer could have done better with the animation of the characters and texture quality of features like the trees appearing on the course.

In the Mario Golf: Super Rush game, there is a sound playing in the background throughout the game with occasional commentary. There is the option for players to turn on/off sound and commentary in the game setting while playing the game on Nintendo Switch. The quality of sound you will get when playing the game on your Nintendo Switch hardware depends on the Audio settings and the physical state of the hardware.

There are three major modes to playing the Mario Golf Super Rush game and are Speed Golf, Golf Adventure and Battle Golf, available for play only on the Nintendo switch game platform. Like every golf game, the player must target swinging the ball into the hole with the shortest number of strokes and at the same time avoiding every possible obstacle.

A player can change their golf club before starting the game and view the entire surroundings and locate the hole through the bird-eye view. Viewing the entire course enables the player to calculate the distance to the hole as well as see the elevation and sectional view of the slope.

To the game player, there is a blue pillar with a flag that indicates the exact position of the hole. When a player swings the ball off course or into water hazards or sand traps, the player receives a penalty.

In this game, players can set their shot to be either a standard shot or half shot depending on the play. In the standard shot, the player can shape the shot by curving trajectory or spinning the shot to the hole.

When a shot is taken the view of the shot trajectory is displayed together with the air distance in yellow and the rolling distance in blue.

The Player’s scores and stroke numbers are displayed on the screen above the yellow shot gauge with a ball icon underneath, and it’s filled up with a ball that ignites when the ball enters the hole.

Players are prompted to use a special shot whenever their gauge is full, as the ball icon beneath the gauge flashes. A mini-map is also available that shows the entire hole.

Yes, Mario Golf: Super Rush game is worth buying especially if you are looking for a game that introduces you to the world of golf playing. And the Mario Golf game is released only on Nintendo switch gaming platforms.

The Mario Golf game series has a total of six games released and Mario Golf: Super Rush happens to be the best so far, as it includes awesome features and mechanics that make it stand out among other golf games. Super Rush’s approach to playing golf combined with its characters’ abilities and the game modes made it the best Mario Golf game to date.