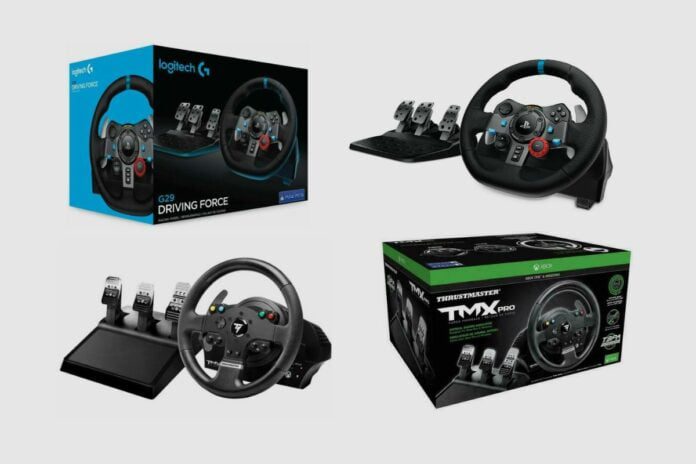 The Logitech G29 and Thrustmaster TMX Pro are two of the most popular racing wheels on the market. But which one is the best?

In this article, I will compare and provide insights into the Logitech G29 and Thrustmaster TMX pro gaming wheels. With these insights, you would be able to make an informed decision when you have to pick between the two gaming racing wheels. 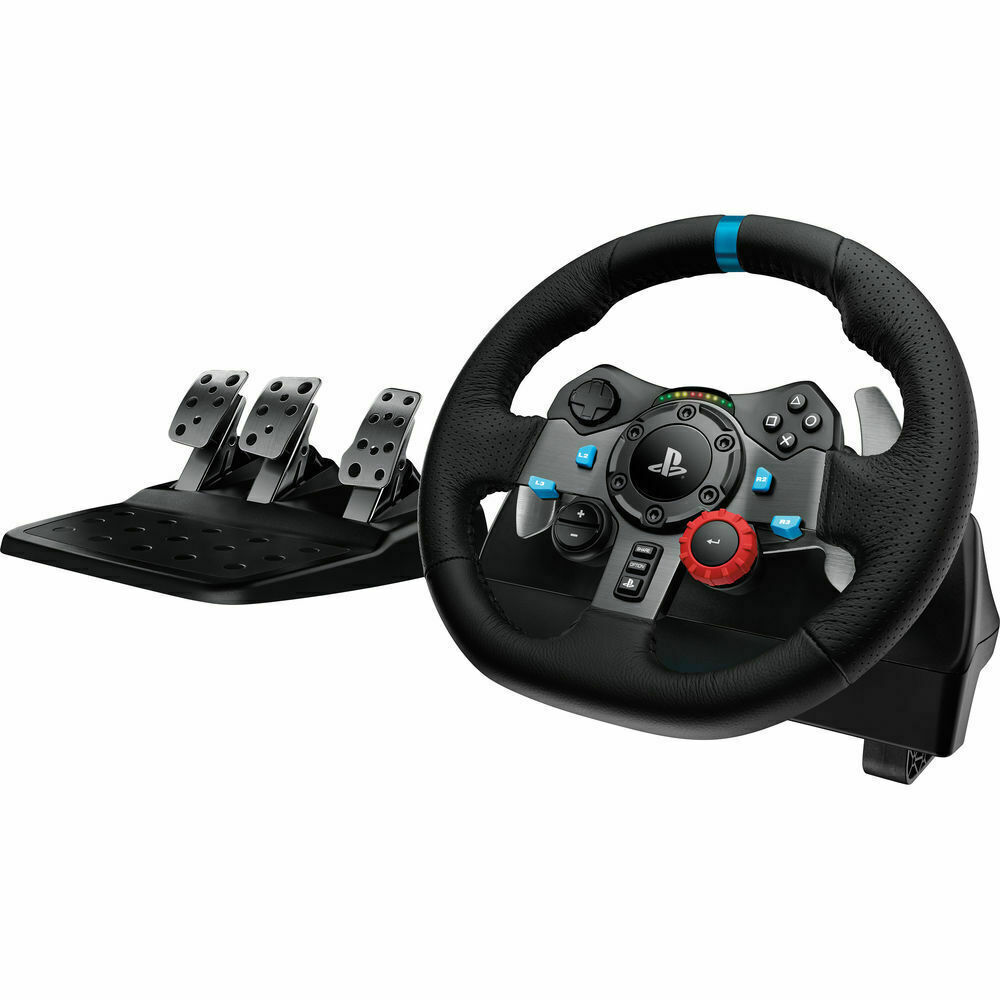 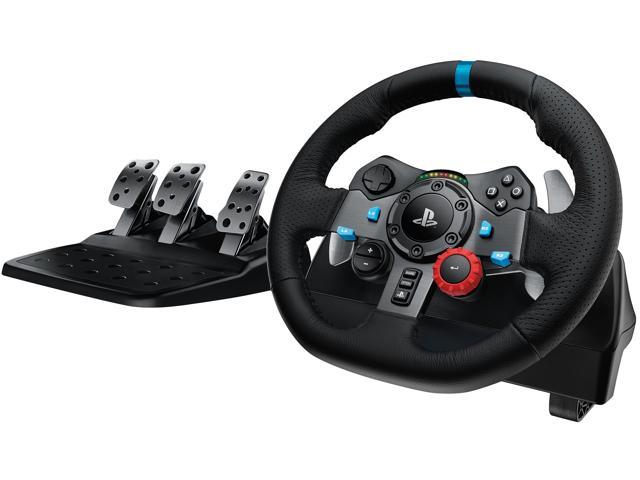 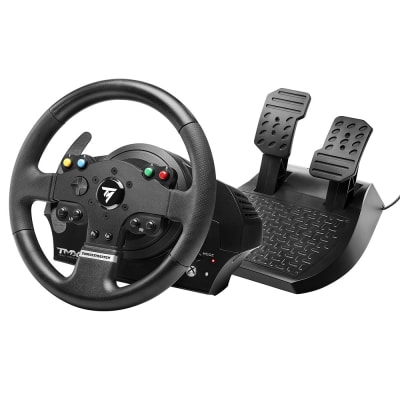 The Thrustmaster TMX pro force feedback racing wheel is designed for the Microsoft Xbox One and is also compatible with Windows Personal Computers. The official embedded software makes it automatically recognisable by the Xbox One. And there are also official built-in Xbox One buttons, such as the Xbox Guide button, view, and menu buttons.

It is an 11 inches (28 cm) diameter racing wheel with a great design that is user-friendly. The wheel has reinforced rubber-coated grips on the wheel and a fully adjustable set of pedals. There are also two 5 inches metal, wheel-mounted sequential paddle shifters. The wheel also features an adjustable rotation angle from 270 -900 degrees.

The interesting thing about the Thrustmaster TMX pro is that all its elements, both in terms of physical parameters (height, width, etc.) and in terms of game settings, are adjustable.

Even with the great features that the Thrustmaster TMX pro boast of, there are still certain drawbacks. On top of that list is the tendency that the force feedback can completely stop working while gaming. There is also a lack of a complete gearbox. Also what can also count as a drawback is that it only has the rubber braid only at grip points.

Which is better, Logitech G29 or Thrustmaster TMX pro?

The Thrustmaster TMX is regarded as the ideal steering wheel for manual transmission lovers. And you get to customise everything about the wheel yourself, both the controls and the position of the gadgets.

Both wheels have a clutch pedal and conical brake mod that affords you a more realistic braking feeling. The edge the Thrustmaster TMX pro has is that, on it, the mod is easily installed or removed depending on your preference. While on the Logitech G29, the mod is permanently installed and would require invasive actions to remove, and this voids the warranty you enjoy.

The two wheels afford you an optional shifter. But the Logitech G29 has four trump cards over the Thrustmaster TMX pro – first, it features push-down reverse, it is a lot quieter, has a very short throw, and it is cheaper.

The Thrustmaster TMX pro also has some advantages over the Logitech G29. Durability is the first trump card, as it is made mostly of metal, and you would find it harder to put it into the wrong gear. It also has a separate gate plate that is included with it to make it a sequential shifter. And this is great for rally driving, where the paddle shifters can be difficult to use. A downside is that the paddle shifters become mushy when in sequential mode, not having that positive click that a sequential shifter should have.

In terms of appeal, the Logitech G29 wins with its all-brushed metal construction with leather wraps that makes it look and feel good. The Thrustmaster TMX pro is mostly plastic with some rubber grips.

The Thrustmaster TMX pro has a better force feedback mechanism than the Logitech G29, as it is more precise and less notchy.

The wheelbase of the Logitech G29 has bolt holes for hard mounting; this is nice when using it with a strand. But the Thrustmaster TMX pro has no mounting holes, and its desk clamp sticks down so much that it will block your keyboard tray. The Logitech G29 also uses dual soft mounts that do not stick down that much, allowing access to your keyboard.

The truth is that both wheels are top-notch and have their advantages. You get to decide which is better, and this boils down to your preference for operations while racing.

Does the Thrustmaster TMX pro have Force feedback?

Yes, the Thrustmaster TMX pro has the force feedback mechanism, with a 900-degree wheel rotation ability and metal sequential paddle shifters. And it is really responsive and precise, allowing you to constantly improve your performance while racing.

Is the Thrustmaster TMX pro compatible with ps4?

However, for some racing games, the Thrustmaster TMX pro, through the MaxAin DI plugin, can be used to interface the wheels to be used with a PS4 console.

Overall, both the Logitech G29 and the Thrustmaster TMX Pro are top-tier racing wheels. However, the decision to choose one of them comes down to your preference for either a great force feedback system or overall build quality. It’s totally up to you.

Hope you found this helpful, and thanks for reading!