Is The Meta Quest 2 Worth It? 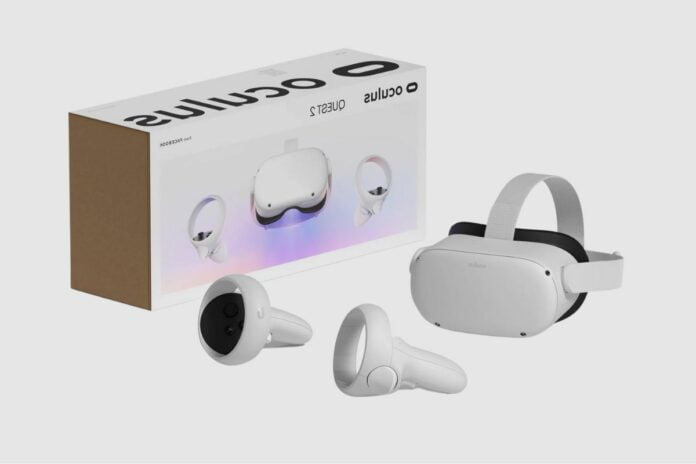 The Meta Quest 2 is a portable high-end Virtual Reality Headset made by Meta (previously known as Facebook). The Meta Quest 2 has been described as a premium all-in-one VR experience. It is now one of, if not the, most widely used VR headsets in the world, thanks to two factors: overall quality and pricing.

The Meta Quest 2 stands out in terms of price, as it is one of the most affordable VR headsets on the market. This is because Meta is one of the world’s largest companies and can benefit from economies of scale.

How Much Does the Meta Quest 2 Cost?

The price of this headset varies depending on the amount of memory it has. The 128GB Meta Quest 2 VR headset costs $299, while the 256GB model costs $399. That price is still the same wherever you buy it, whether that’s on Amazon or Walmart.

Generally, most people buying the Meta Quest 2 will go for the 256GB model, as it provides a significant increase in storage space for only $100 more. That’s because the Meta Quest 2 requires a lot of storage for all of its features and games.

Even if you only plan on playing a few VR games, you’ll quickly find that the 128GB model doesn’t have enough space.

This is just my opinion, though; however, the decision is ultimately up to you.

How Much Do Meta Quest 2 Games Cost?

The Meta Quest two has a wide range of games to suit every budget, including free games, games under a dollar, and games up to $60. However, you should keep in mind that AAA games typically cost more than $50. So, if you were hoping to get “Beat Saber” for free, you’re out of luck, but there are a variety of indie developers who will give you some free games and games under $60.

One other thing to bear in mind is that the cost of a game is not always an accurate reflection of its quality. A good example of this is “The Witcher 3: Wild Hunt.”

This game costs $60, but it is widely considered to be one of the best RPGs ever made. So, even though it may be more expensive than some other games, it is still worth the price.

Nevertheless, there are limitations to the types of games you can get that are fully compatible with meta quest 2. For example, “Call of Duty: Modern Warfare” is a great game, but it is not playable on Meta Quest 2. So, even though it may be cheaper than “The Witcher 3: Wild Hunt,” it is not an option for Meta Quest 2 owners.

So, if you are okay with the limitations of Meta Quest 2, then you can find a wide variety of games to suit your budget.

Is the Meta Quest 2 Worth it?

The Meta Quest 2 is available in two variants: 128GB and 256GB, for $299 and $399, respectively. Both versions are extremely useful and long-lasting. The  Meta Quest 2 is the best way to immerse yourself in the VR world. It adds high-quality graphics, improved resolution, high-quality games, and a fully wireless experience, all for under $500.

I know what you’re thinking. You’re thinking, “Why to spend $500 on a VR headset when I can get a gaming console like PS5 for $400?” The answer is simple: the Meta Quest 2 is a much better investment. Not only will you be able to play all the latest and greatest VR games on it, but you’ll also be able to use it for other things like watching movies and TV shows, browsing the internet, and even working out.

The Meta Quest 2 also has a much higher resale value than the PS4. So, if you decide to sell it after a year or two, you’ll be able to get a lot of your money back. Although, not everyone will like a VR headset.

From my personal experience, it can be a little bit uncomfortable to wear for long periods. Having said that, they do provide a great experience of virtual reality.

Are There Better Alternatives To The Mata Quest 2?

The short answer is yes; there are better alternatives to Meta Quest 2. But it all comes down to your budget and what you are looking for in a VR headset. If you have a limited budget, then the Meta Quest 2 is not the right choice for you. There are cheaper VR headsets on the market that will offer you a similar experience.

However, if you are looking for the best possible VR experience, then the Meta Quest 2 is not the right choice for you either. There are more expensive VR headsets on the market that will offer you a better experience.

Overall, the Meta Quest 2 outperforms its predecessor, the original Meta Quest, in almost every way, including its improved RAM and chip specs, higher resolution, and double battery life of the controllers.

You can’t go wrong with the Meta Quest 2. However, all this still comes down to your budget and the amount you are willing to spend on a VR headset.

If I have to say from the point of personal view, I might want to consider the price tag of Meta Quest 2 to be too expensive, just because I am not a big fan of VR headsets in general, and I don’t think I would use it that much.

Nevertheless, it’s not about my preference; it’s more about yours. So, if you are looking for a high-quality VR headset and you have the budget for it, the Meta Quest 2 should be at the top of your list.

Anyway, I hope you found this article helpful. If you have any questions, please feel free to leave a comment below, and I’ll get back to you as soon as possible. Thanks for reading!

Image Gallery – Is The Meta Quest 2 Worth It?

Can Roblox be Played on Oculus Quest 2?