Far Cry 6 Game Review: Is the Game Worth Buying (Pros and Cons)?

Far Cry 6 is a first-person action-adventure shooter game developed by Ubisoft Toronto and published by Ubisoft Entertainment. The game was recently released on the 7th of October 2021, and it’s the sixth main instalment of the Far Cry game series.

The game itself was set in Yara, a fictional Island Nation ruled by a ruthless dictator named Antón Castillo, who happens to be raising his son Diego Castillo to follow in his leadership style. In this Far Cry 6 game, the player takes on the role of a guerrilla fighter named Dani Rojas, who is attempting to overthrow Castillo and his rule of tyranny.

The frictional Caribbean Island of Yara where the Far Cry 6 game was set is inspired by Cuba and it is by far the largest Far Cry game playground. In the Far Cry 6 game story, the Island of Yara is being governed by Anton Castillo, a very brutal dictator who has total control over the Island. And by his side, he has his son, Diego who he is grooming to embrace the same ideologies when he takes over from him as the next leader of the Island.

THE GAME STORY AND CHARACTERS

The Game story of Far Cry 6 shares the same similarities with the other Far Cry games, with the players making use of the Amigos (the guns for Hire system), makeshift weapons and special vehicles to overthrow the regime of oppressive leaders. This Far Cry 6 game also has explosives, musical disc launchers and other Far Cry elements in its game setting.

Anton’s personality is that of an autocratic leader who is trying to force his belief system on the people and oppress them into believing that they need him to survive. But what he didn’t expect is the modern-day guerrilla revolution that ensued throughout the Island due to his constant ruthless leadership.

The story begins with President Castillo making an announcement to enslave some citizens to produce new cancer, Viviro, from Yara’s Tobacco plant. As the Yaran armed forces were assembling the workers in the capital, Dani (the protagonist of the game) and her two friends planned to escape but one of them, Alejo Ruiz, was killed leaving her and her other friend, Lita to escape to a boat leaving the country. However, before the boat could leave the shores of Yara, the Yaran force detained the boat and discovered that their president’s son, Diego, was onboard, an angry Castillo ordered the boat to be sunk and all passengers aboard the boat killed, and Dani was the only survivor of the assault.

After Dani’s survival from the assault, she joins the revolutionary movement against Castillo’s rule. Dani hooks up with Juan Cortex, an Ex-spymaster and fighter, and both disrupt the treatment production plant and destroy the roadblock for the Libertad forces to escape the headquarters. The leader of the resistance, Clara, helped Dani to meet up with the other resistance group against the rule of Castillo within the country.

Dani met, and allied forces with the Montero’s, whose tobacco farm had been hijacked for production of the Viviro, under the command of Castillo’s nephew, general Jose Castillo. The troops working for Jose turned against him (as they were enlisted from the Monteros’s farm) when he killed Carlos who was trying to save his son from execution. At the Independence Day celebration, Dani tried to kill Castillo but was stopped by his son, Diego who revealed to her that his father was ill with Leukemia and dying.

Later, Dani was arrested by the Yaran force and tortured, but Diego came to her rescue by pleading with his father, who released her but later tried to kill her with a grenade which she survived again and escaped. With the help of a former coup leader during Castillo’s father’s regime, Dani attacks the facility headquarters and kills the doctor after discovering they were experimenting on civilians. But by now, the leader of the resistance force, Clara has been captured by Castillo, and he tried to bargain with Dani to spare her life but because of a failed attempt on his life, Castillo killed Clara making Dani the new leader of the resistance

Dani, with the united resistance force, besieged the capital and confronted Castillo, but his son would not allow her to kill his father as he was dying already. But Castillo killed Diego as he feels the guerrillas will not treat him well. After winning the fight, Dani was offered the leadership role of the country which she refused but turned in to the other subordinates. The game ends with her finally escaping with the boat provided by Clara while back to Miami to start afresh away from the struggles.

There are two animal characters in the Far Cry 6 game; Chorizo and Guapo. Chorizo is a cute-looking little dog with a doggie wheelchair he uses to distract enemies and allowing the player to charge at a foe without warning.  While Guapo is a fearsome Crocodile, he’s the total opposite of Chorizo in looks and attack mode, as Guapo goes straight for the kill once he sites his target.

The graphic quality of the Far Cry 6 Game compared to the other Far Cry Games is spectacular as opposed to the speculation and fears of Far Cry lovers when the gameplay was leaked on YouTube. But now we know, the version leak before the game release can be attributed to the live stream compression of the video. And as speculated, before the game release, Far Cry 6 Game was released on the next-generation consoles and the game has the capability to run at 4K on the newer consoles and PCs. Far Cry 6 Game was released on the PS4, PS5, Xbox One, Xbox Series X, and Stadia.

The official music used in the Far Cry 6 Game was composed by Pedro Bronfman. The sound perfectly blends with the gameplay just like other Far Cry series and it has additional features like sound subtitles added to the game. I didn’t experience any issue with the sound effect while playing the Far Cry 6 game on my hardware. I believe so long as the audio output of the hardware you use for playing games is perfect, then you shouldn’t have any sound effect issues.

The Far Cry 6 game supports co-op playing just like the previous games in the Far Cry series, an example is the Far Cry 5, which allows you to play with a friend once you complete the game introduction and leave Dutch’s Island. The game is a total adventure action pack that supports both single-player and multiplayer modes. Therefore you can play this game as a co-op with your gaming partner. Far Cry 6 Game has three editions; standard edition, gold edition and an ultimate edition, which all vary in cost and across gaming platforms.

Another interesting thing about the Far Cry 6 game is that players have the option of selecting Dani Rojas’ gender at the start of the game, which is just awesome for a video game.

The Far Cry 6 Game has additional features where the player will be able to holster your gun, which gives you the advantage of blending perfectly with the locals and avoiding enemy soldiers. Thereby giving you the opportunity to explore the island without having to always encounter the soldiers and this is a major plus compared to the previous Far Cry Game series where enemies engage you from the moment they sight you.

• There is a limit to the ways players can approach an enemy base compared to previous Far Cry Games.

Apart from the other Far Cry series, there are several other games that share similar gameplay to Far Cry 6, and the other games are;  Ghost Recon Wildlands, Call of Duty: Black Ops, Assassin’s Creed: Black Flag, Watchdogs 2, Battlefield 1, Wolfenstein.

IS THE FAR CRY 6 GAME WORTH BUYING?

This Far Cry 6 game is remarkable, exciting and top-notch in graphic resolution and worth buying just like the other Far Cry Series. You don’t need to worry about any bad review that must have been published earlier before the release because the game is nothing short of spectacular.

In Far Cry 6, the guerrilla fighting style is for the players to come up with their own tactics and approach to defeat the enemy soldier and the player must be ready to make their own weapons from scratch, unlike the previous Far Cry Series.

You as the player become the leader of the resistance that will oppose and fight the dictatorship regime of Anton Castillo in Yara Island and save the Island from the economic crises where a section of the population lives in oppression and poverty while the other gallivant in luxury under the protection of a dictator. 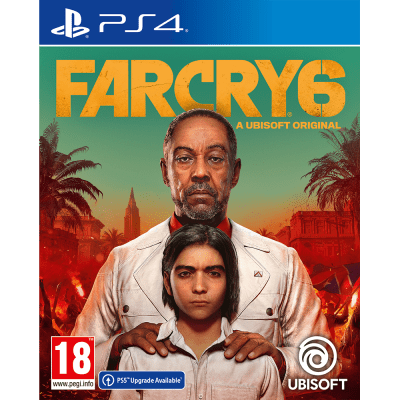 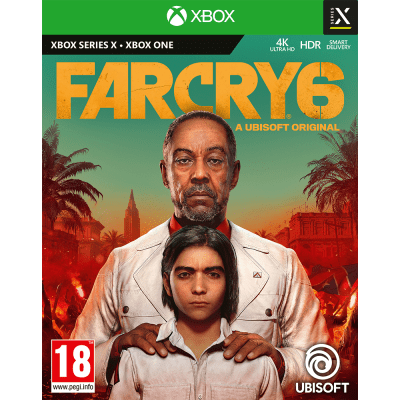 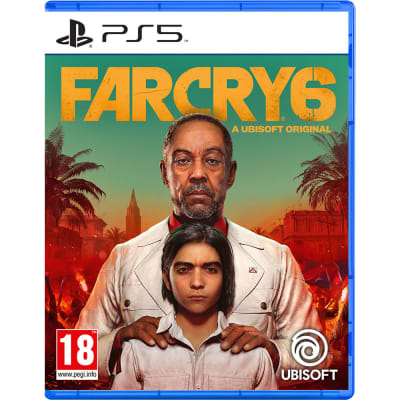 Editorial Teamhttps://GamesLabel.com
Games Label Editorial Team is a team of passionate and dedicated gamers who are enthusiastic about delivering the best gaming content on the web. Our team is made up of experienced content writers and gaming enthusiasts who are passionate about video games and want to share their insights with you. Feel free to contact us by using the “Contact Us” form.

August 12, 2022 0
When shopping for a race gaming wheel as a beginner, the Thrustmaster TMX and Logitech G29 are popular choices that you would come across,...

PlayStation 5 Media Remote Review: Is the PS5 Remote Worth Buying?