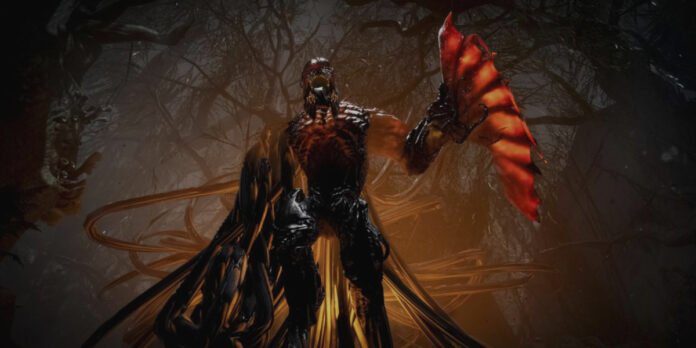 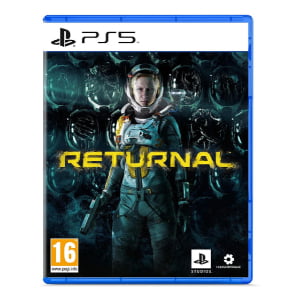 The Returnal game is a third-person action game developed by Housemarque (Finnish game studio), which adds to Sony’s exclusive game lineup. It is a horror game based on survival set on a distant planet which was released exclusively for PlayStation 5 on the 30th of April, 2021.

It is a challenging roguelike game set in a hostile planet that keeps players on their toes to take on new challenges that come with every Rebirth. This game has great technical, visual and combat effects. The beauty of the dark world around you as a player in this game is filled with surprises and unexpected twists as you explore and fight to stay alive. 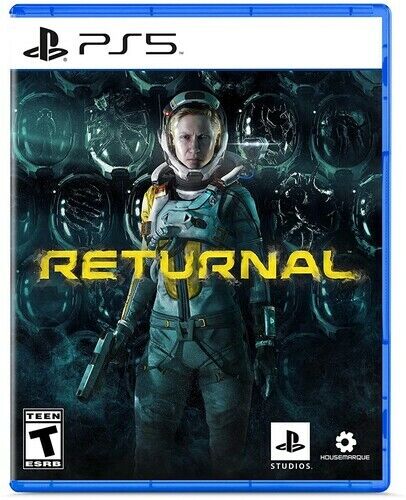 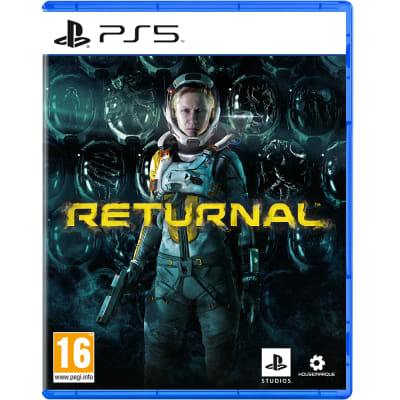 The Returnal game has unusual gameplay and storyline with you playing as Selene. It tells the story of Selene Vassos, an Astra scout who crashed into a planet called Atropos. She recovers and leaves the wreckage to explore the world around her littered with copies of her corpse.

It also happens to be a living and breathing alien planet filled with exceptionally hostile and mysterious creatures. As she searches for the source of a mysterious white shadow signal so that she can be rescued, things begin to get weird as she realizes that she is stuck in a time loop.

In this game, Atropos seems like a strange place until Selene stumbles upon her house with hints of her distressed childhood life on earth haunting her together with a faceless astronaut observing her without saying a word.

On the copies of her lifeless corpse, Selene finds logs about her past self, explaining her recent discoveries, pitfalls and milestones while exploring the planet but as you go further into Atropos, Selene’s logs become delusional.

Alone and isolated in ancient civilization, she has to fight over and over again to stay alive. Again and again, she dies and whenever Selene dies, she finds herself back at the crash point in a jungle that changes slightly every time with every circle.

She loses all the firepower she had gathered in the previous run as a result of the new combinations that come with every new loop forcing her to battle for survival with a new strategy every time.

She is left with just a pistol and a type of currency that transcends the timeline in the games myth. In this gameplay, creatures with glowing tentacles move towards you with orbs of death, missiles, lasers, robots shoot orange bullets from the sky and thin aliens scream and throw sticky acid which causes damage over time and they will all try to kill you so you have to get your guns ready to shoot back.

Returnal offers some permanent upgrades but Selene has to defeat the boss of every biome (picking up health upgrades and bonuses on the way) in order to get a key to the next and even after she dies, she gets to keep her keys but still has to fight her way from the crash site to the next boss she needs to defeat.

At the end of the Returnal game, players would be taken to a crater where a car would submerge underwater. When the player enters the car, the game takes them through a flashback sequence where a mother and her child are on the road with the radio playing and the child asks the mother who looks like Selene if she could see a white shadow on the road.

The radio begins to cut out and suddenly the mother sees a white figure that appears like an astronaut. She tried not to hit the white figure but ends up crashing the car into the bridge. She tried to save her child but is unable to do so as she is pulled away from the car by the supposed astronaut figure.

Graphics of the Returnal Game

The Returnal game is one of the major PS5 third-party exclusive games that loads so fast it’s almost instantaneous. Returnal with better graphics targets 60fps but at a cost of the image quality which might get grainy sometimes.

It runs at 4k with a native 1080p resolution. It offers a seamless transition between biomes or zones. It also showcases what the PlayStation 5 hardware is capable of with Adaptive trigger, 3D audio, Haptic Feedback, and fast load time.

Sound Effects of the Returnal Game

The Returnal game has an unsettling atmosphere with a properly implemented electronic sound that is bleak, dark and haunting. It takes advantage of the new 3D audio engine on the PS5 for a wider and immersive sound range which brings to life the alien world in which the game is set around the player helping the player to navigate the intense positional combat.

The Returnal game is a roguelike third-person gameplay set in a barren landscape of ancient civilization with a high death rate. It is a game where players fight to survive on a hostile constantly evolving planet taking on enemies in bullet hell-fueled combat. The high death rate in the Returnal game might be discouraging or even unbearable for some players while other players can decide to see it as a brilliant challenge.

It is a time loop game that rewards players with weapons and for mastery and innovations. Although you might have memorized some area layout, every new run will rearrange the way the rooms are organized including the items and enemies you will encounter.

The Returnal has a haptic control you would only find on the PS5 control pad. You get to pick the kind of firepower round to fire by how much you press down on the left trigger. The half pull of the left trigger aims down sight and a full pull to activate your alternate fire mode. You would then push on the right trigger to fire.

Playing the Returnal game is subjecting yourself to multiple failures but still willing to keep playing even after numerous deaths. There isn’t an official way to quit or save the game. The game can last for hours especially if you are checking every room in each biome for resources and if for any reason your PS5 goes off, you would lose all the progress you have made so far.

Pros and Cons of the Returnal Game

Is Returnal Game Worth Buying?

Returnal is one of the best PS5 exclusive games available in 2021. It is a game to look forward to for those who are eager for the next big challenge. So yes it is worth buying.

In conclusion, Returnal is a challenging game that demands a lot from a player. It forces you to learn and understand the patterns of the game, to get up from every defeat and try again. Returnal is a must-play for anyone looking for something different than their usual shooter games.

It offers intense gameplay, thrilling exploration, haunting music, and a unique story. If you like action shooters, you should definitely check out Returnal!

Q: What does “Returnal” mean?

A: Returnal means to return home. In the context of the game, it refers to returning back to Earth after being stranded on another planet.

Q: Is there any multiplayer support?

A: No. There is no online multiplayer component to this title.

Q: Do I need to install anything before starting the game?

A: No. Just start the game and enjoy.

Q: Are there any achievements/trophies?

A: Yes. Players who manage to beat the game without dying receive the “No More Deaths” trophy.

Q: Where can I purchase the game?

A: The game was released exclusively through the Playstation Store.

Price History for Returnal for PlayStation 5

November 22, 2022
The Returnal game is a third-person action game developed by Housemarque (Finnish game studio), which adds to Sony’s exclusive game lineup. It is a horror game based on survival set on a distant planet which was released exclusively for PlayStation 5 on the 30th...Returnal Game Review and Buying Guide
Facebook
Instagram
Pinterest
RSS
Twitter
Youtube

It Takes Two Game Review: Is the Game Worth Buying?