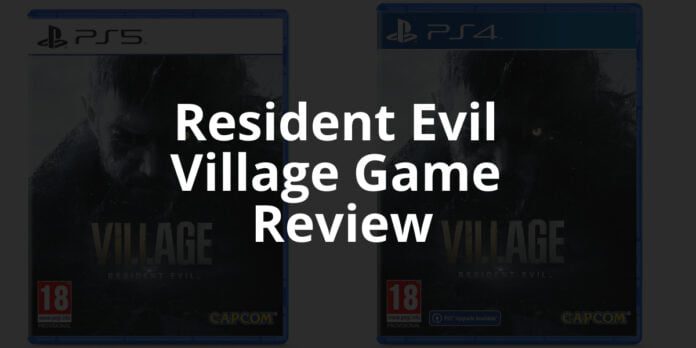 The storyline started after the traumatic happenings in Resident Evil 7 a few years later, with Ethan Winters, his wife Mia and his new daughter living quietly in a new place and far from their past nightmare. But then a tragedy befalls just when things were going perfectly with them.

On the 7th of May 2021, Resident Evil Village Game was released for Windows, PlayStation 5, PlayStation 4, Xbox Series X/S, Xbox One, and Stadia. And it was also announced at the PlayStation 5 reveal event in June 2020. 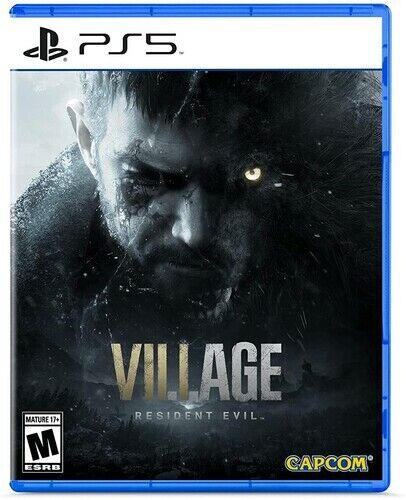 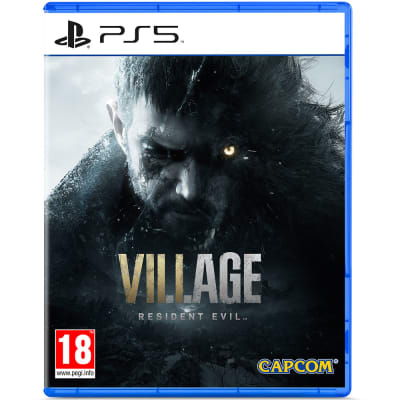 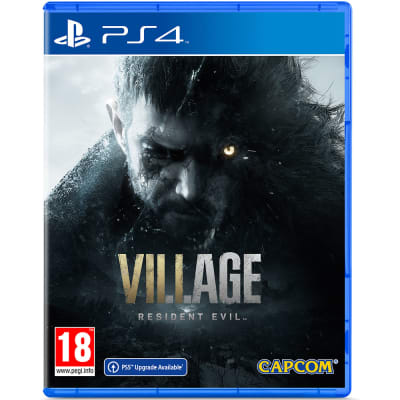 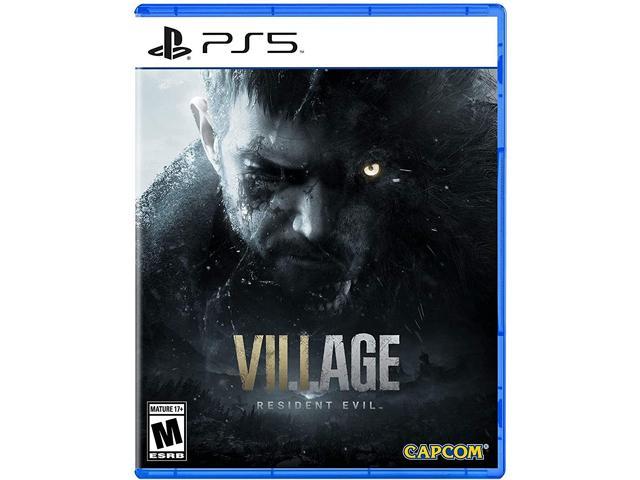 The storyline started after the traumatic happenings in Resident Evil 7 a few years later, with Ethan Winters, his wife Mia and his new daughter living quietly in a new place and far from their past nightmare. But then a tragedy befalls just when things were going perfectly with them.

On the 7th of May 2021, Resident Evil Village Game was released for Windows, PlayStation 5, PlayStation 4, Xbox Series X/S, Xbox One, and Stadia. And it was also announced at the PlayStation 5 reveal event in June 2020.

The Game Story and Characters

Resident Evil Village Game is set few years after the horrific events (of Resident Evil 7 Biohazard) in Dulvey. The storyline begins with the protagonist Ethan Winters, living happily in a new location with his wife Mia and 6-month old daughter Rosemary.

When one night, Chris Redfield (protagonist of previous Resident Evil entries) and his squad of Hound Wolf appear in his home, murdering his wife in cold blood, and kidnapping him and his daughter and brought them to a mysterious European village where their truck crashed.

Ethan woke up next to the crashed truck they were riding in, and from there he found his way to the nearest village in search to rescue his kidnapped daughter Rosemary but discovers the village to have been taken over by Lycans, creatures looking like a werewolf. Ethan tried to assist and rescue the villagers left, but he was captured by the Lycans and dragged to Mother Miranda known as the village priest, and her Lords.

The village is governed by four mutant Lords with each of them running their own army from a different fortress within the village. Lady Alcina Dimitrescu, an exceptionally tall vampiric aristocrat, lives at Dimitrescu castle with her daughters, Bella, Cassandra, and Daniela, and mutated female attendants.

Donna Beneviento, the ghost-like and hallucination-inducing mutant who governs from her mansion, Beneviento House and acts through her puppet named Angie. The hideous Salvatore Moreau rules from a reservoir close to the village and it has been described as a “Merman”.

Then we have Karl Heisenberg, who manipulates magnetic force fields and leads a group of Soldat simulacra from an ultramodern factory. All houses report to a supreme Mistress called Mother Miranda, the ruler of the village who the villagers also worship.

Karl Heisenberg set a death trap for Ethan, but he was able to successfully escape the trap and enter Castle Dimitrescu looking for his daughter with assistance from the Duke, a local merchant. At the castle, Ethan kills Dimitrescu and her daughters, where he found the flask containing Rosemary’s head.

According to the Duke Miranda has set the body parts of Rosemary’s in four flasks for the purpose of a crucial ritual and she can still be revived if all the four flasks with the different Lords are recovered.

After Ethan killed Moreau and Beneviento for the flask in their care, he learns that the Hound Wolf were also around. A test was set for Ethan by Lord Heisenberg for the last flask, which he passed, and he is then invited by Heisenberg to his factory where he made an offer to join with Ethan to defeat Mother Miranda. Ethan refuses his offer and escaped once he learned that Heisenberg intends to re-create Rosemary into a human weapon.

Later Ethan encountered Chris Redfield and confronted him over the death of his wife Mia, it was then he learnt that Mia that was killed by Chris was Miranda disguising as Mia and that she possesses a mimicry power and has been planning to kidnap Rosemary before succeeding with the crashed truck.

With a makeshift tank, Ethan kills Heisenberg while Chris destroys the factory. The Village priest, Miranda attacks and kills Ethan after informing him of her intention to use his daughter to revive her died, daughter.

Chris seeing Miranda kill Ethan, leads the squad of Hound Wolf to rescue Rosemary while creating a distraction with the Bioterrorism Security Assessment Alliance (BSAA) assault unit. Chris discovers a Megamycete when he entered the cave beneath the village, the Megamycete happens to be the source of the mold.

He went ahead to plant bombs on it before locating  Miranda’s laboratory where he uncovered the mystery of Miranda having lived for over a century since she encountered the Megamycete. It was also discovered that she was a mentored Oswell E. Spencer, the founding father of the Umbrella Corporation, who developed the T-virus from her knowledge.

Mother Miranda while trying to save Eva, her daughter who passed away due to Spanish flu, started experimenting with the fungus, but her experiments failed to produce the desired result but rather it created the mutants Lords and Lycans.

Miranda found Rosemary to be perfect because of the special gift she inherited from both her parents. Chris rescues Mia from captivity, and learn that Ethan is not dead because of his regenerative powers – which he came by during his first run-in with Jack Baker in Dulvey when he was was saved by the mold. Ethan is brought to the site of the ritual by the Duke, where they met Miranda trying to bring her daughter back to life but instead revives Rosemary.

An outraged Miranda fought with Ethan, and she was defeated before the Megamycete could Emerge. Ethan’s body begins to deteriorate and he made the sacrifices to detonate the bomb at the site so that Chris could save his family from the destruction.

Resident Evil Village game is the first Resident Evil game made for the next-gen PlayStation 5 and Xbox Series X|S consoles. If you have ever played any of the previous games, you will know that they are well known for their unique and striking visuals, and with the extra horsepower of these new consoles, Resident Evil Village game sure delivers remarkable graphics and atmosphere that clings to you even long after you’re done playing the game.

Resident Evil Village is one of the most impressive looking games I’ve played to date, offering a 4K Resolution, HDR colour and contrast, and ray tracing on PlayStation 5 and Xbox Series X. Even though the game will look fantastic on the next-gen consoles and Play station 5, owners of Play Station 4 and Xbox One will certainly enjoy the game too but with a little downgrade on the visuals.

The Game is also available on PC, though during the review process some gamers complained of poor performance and low FPS, particularly when attacked by the game’s most monstrous enemies. To improve the in-game performance that will provide you with a welcome FPS boost, use the below settings:

The sound effects are just the perfect combination for a horror genre game as Resident Evil Village, capturing that realistic sound effect that leaves the player on the Edge.

Resident Evil Village game’s primary enemies, the werewolf-like Lycans, are not just intelligent and swift, but they also wield their weapons and attack in packs forcing the player to rethink the strategy for combat if it to use ammunition, hand combat or retreat.

The inventory management of Resident Evil Village Game is almost the same as that of its predecessor Resident Evil 4, having a briefcase with the ability to move and rotate items to create more space. Players can buy supplies and weapons from a merchant, called “The Duke”.

The player can also hunt in the village and have it cooked into a dish by the Duke. Eating side dishes allows the player to gain certain benefits such as reducing the damage taken while blocking.

While playing around the village you can find collectables and treasures to sell to the Duke for currency. You can access the map of the village from the pause menu, as well as a diary with sketches that recap your progress in the story so far.

Resident Evil Village game has a special mode called Mercenaries, for players who just want to enjoy some gunfight with an endless variety of enemies until the timer runs out or the player dies. The developer; Capcom, has also included an online multiplayer mode called Re: Verse, but it won’t be ready to play until later this year.

There are a few collections of killer horror games like Resident Evil Village Game apart from the other Resident Evil series that I can recommend for you to also try out as they are interesting and horrifying as well. And they are Days Gone, dying light, The Last of Us, Left for dead, The Evil Within, Silent Hill and Dead space.

Is the Resident Evil Village Game Worth Buying?

Yes, with over ten hours of enjoyable and challenging gameplay, the Resident Evil Village game is worth the purchase especially if you love survival horror games.

And the surrounding of the game is stunningly crafted to create an ideal atmosphere of a survival-horror. The indoor lighting is very effective in creating that dark and cramped feeling that is entirely different from the village environment covered in snow and fog.

In the village, you can solve puzzles and unlock more areas of the game while exploring the villages open space during the daytime. But the main function of the open space is to serve as a base where you set out to conquer four lords and a mysterious figure known as Mother Miranda.

Ghost of Tsushima Review, and a Buying Guide