Far Cry 6 is an action-adventure first-person shooter video game developed by Ubisoft Toronto and published by Ubisoft. It is the sixth main instalment in the Far Cry series. Far Cry 6 was released in 2021. In this article, I will be discussing what the Far Cry 6 story is based on.

What Is The Storyline For Far Cry 6?

The story of Far Cry 6 is similar to the other Far Cry games, with players using the Amigos (Guns for Hire system), makeshift weapons and special vehicles to overthrow the regime of oppressive leaders. This game also has explosives, musical disc launchers and other Far Cry elements in its game setting.

Anton is an autocratic leader who tries to force his belief system on the people and oppress them into believing that they need him to survive. However, he didn’t expect the modern-day guerrilla revolution that ensued throughout the Island due to his constant ruthless leadership.

President Castillo has announced a plan to enslave some citizens in order to produce a new cancer drug, Viviro, from Yara’s Tobacco plant. As the Yaran armed forces are assembling the workers, Dani (the protagonist of the game) and her two friends plan to escape. However, one of them, Alejo Ruiz, was killed leaving her and her other friend, Lita to escape to a boat leaving the country.

Unfortunately, before the boat could leave the shores of Yara, the Yaran force detained the boat and discovered that their president’s son, Diego, was onboard, an angry Castillo ordered the boat to be sunk and all passengers aboard the boat killed, and Dani was the only survivor of the assault.

After Dani survived the assault, she joins the revolutionary movement against Castillo’s rule. Dani meets Juan Cortex, an Ex-spymaster and fighter, and both of them disrupt the treatment production plant and destroy the roadblock for the Libertad forces to escape the headquarters. The leader of the resistance, Clara, helped Dani meet up with the other resistance group against the rule of Castillo within the country.

Dani met the Montero and allied forces with them. The Montero tobacco farm had been hijacked for production of the Viviro, under the command of Castillo’s nephew, general Jose Castillo.

The troops working for Jose turned against him (as they were enlisted from the Monteros’s farm) when he killed Carlos who was trying to save his son from execution.

At the Independence Day celebration, Dani tried to kill Castillo but was stopped by his son, Diego, who revealed that his father was ill with Leukemia and dying.

Later, Dani was arrested by the Yaran force and tortured, but Diego came to her rescue by pleading with his father, who released her but later tried to kill her with a grenade which she survived again and escaped. With the help of a former coup leader during Castillo’s father’s regime, Dani attacks the facility headquarters and kills the doctor after discovering they were experimenting on civilians.

Dani, with the united resistance force, besieged the capital and confronted Castillo, but his son would not allow her to kill his father as he was dying already.

Castillo killed Diego because he felt the guerrillas would not treat him well. After winning the fight, Dani was offered the leadership role of the country, but she refused and turned it down. The game ends with her finally escaping with the boat provided by Clara while back to Miami to start afresh away from the struggles.

There are two animal characters in the Far Cry 6 game; Chorizo and Guapo. Chorizo is a small, cute dog that uses a wheelchair to distract enemies and allow the player to charge at a foe without warning. While Guapo is a fearsome crocodile, he’s the total opposite of Chorizo in looks and attack mode, as Guapo goes straight for the kill once he sights his target.

What Characters Are Featured In The Game?

This is the male version of Dani Rojas. You have the option to either play Dani as a female or male.

Clara Garcia is a young, but experienced, leader of Libertad. The guerrillas of Far Cry 6 would be lost without the leadership of Clara Garcia – and Clara would be nothing without the talent of Jess Salguiero. Jess is a very talented actor, and you can see her skills on display in The Boys, Y: The Last Man, The Expanse, and Tiny Pretty Things.

Juan Cortez is a seasoned spy who has worked for the CIA, FSB, Columbian cartels, and many others. He is a formidable enemy, but also a great mentor – if you can stomach his jokes. Alex Fernandez is a veteran actor with a long list of credits, including Barbarians, Call of Duty, and True Detective.

Camila Montero is known as “Espada”, or “The Blade”. She got this nickname because she is very skilled with a sword and is very dangerous. Camila is caught between her traditional father and the ever-changing revolution. She has to walk a very narrow tight-rope in order to protect her family and her country.

Carlos Montero is the patriarch of the Montero clan, a ranching family that has been farming the land for generations. He is the father of Camila, and the generational clash over the future of the family is intense.

People who like Far Cry 6 will never forget the eccentric mechanic of the West and his little amigo, Chorizo. Philly provides the firepower for the Montero family – the revolution would be impossible without him. Manuel Rodriguez Saenz’s distinct voice and personality come from his heart. He not only performed, but he also acted as a consultant for the game, joining the writing team to ensure the accuracy and authenticity of the voices of Yara.

Talia Benevidez is one half of the Maximas Matanzas rap duo. She is the voice of the young, the outcast, and the disaffected, and learned to channel her experiences towards shaping a better Yara.

Paolo De La Vega is a DJ and the co-founder of Maximas Matanzas. Paolo is transgender and grew up in a country that doesn’t accept him for who he is.

Yelena was a student activist who was protesting against the regime of Anton Castillo. Unfortunately, a massacre happened at her school which turned her into a hardened guerrilla. She became the leader of La Moral, and she waged war against her oppressors.

Jorge, better known as ‘El Tigre’ is one of the most renowned fighters in ’67 – a band of guerrillas that led a successful revolution in Yara.

‘Lucky Mama’ is another Legend of the ’67 revolution. She was a medic and known as the heart of the guerrilla movement. Dani Rojas inspires Lucky Mama to pick up her first-aid kit and join the new revolution.

Rosa Mel was a singer and entertainer for the military who used her position to organize a network of spies within the FND.

Far Cry 6 is a thrilling game that featured lots of brilliant characters. The game is one of the most action-packed and thrilling stories released in 2021.

To learn more about the game, you can read our detailed Far Cry 6 review to better understand the game. 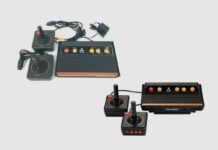 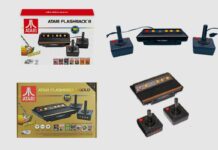 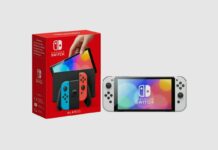 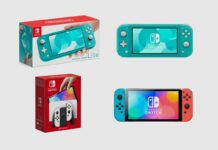 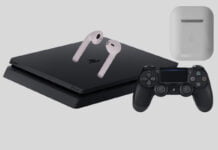