It Takes Two Game Review: Is the Game Worth Buying? 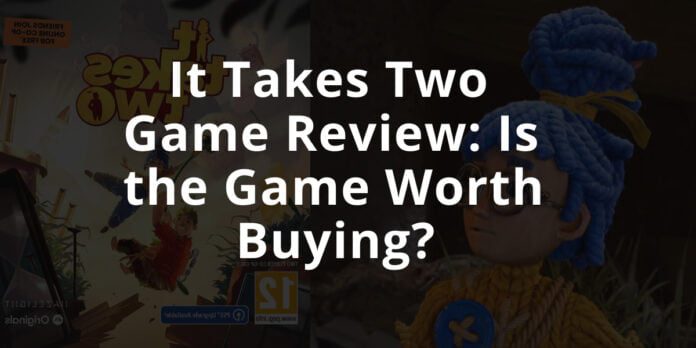 It Takes Two Game is an online action-adventure game released for Windows, PS4, PS5, Xbox One and Xbox Series X/S in March 2021. The game does not have a single-player option, as it is only playable in either online or local split-screen co-op between two players.

It takes two games is one of the most unique games that was released this year, although some gamers may have regarded the storyline of the game as irritating and uninteresting. All because the game plot focuses on a couple who have fallen out of love with each other and are planning on getting a divorce.

The main aim of the game is for both of them to ultimately work together to renew their lost relationship after being turned into mini-dolls accidentally by their daughter. 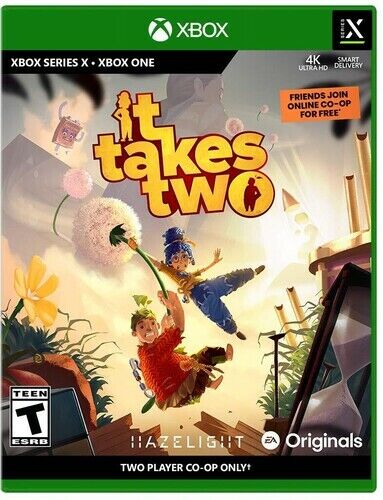 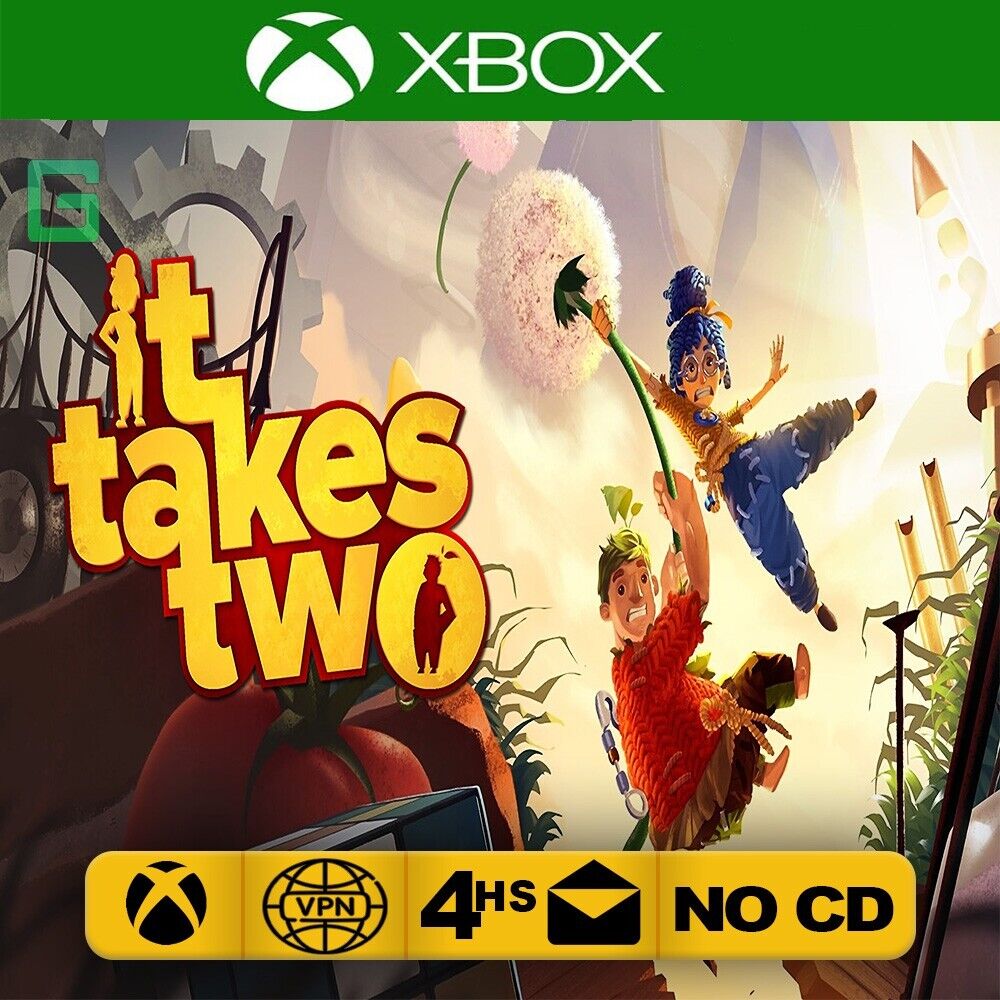 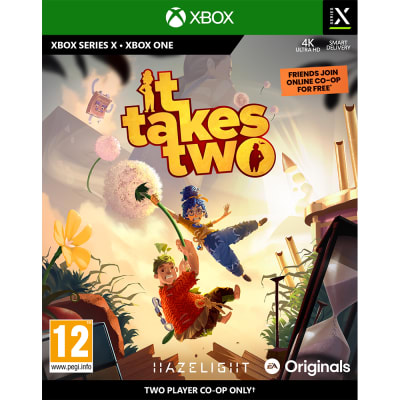 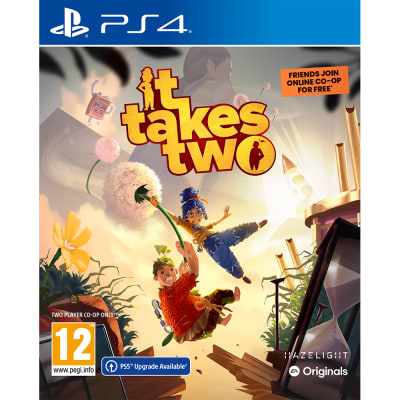 It Takes Two Game storyline begins with an unhappy married couple, Cody and May, having a disagreement; Cody complains about May’s working hours, and she argues about him not appreciating her job.

Unable to settle their differences, they both decided on getting a divorce, and they both went inside to inform their daughter Rose about their decision to file for a divorce, and as expected from any child, Rose didn’t take the news well. Rose takes her hand-made dolls, which strikingly look like both her parents, into the family shed, and by play-acting with her dolls, she tries to repair her parent’s broken relationship.

Unknowingly to little Rose, her parent’s subconsciousness was transferred into the bodies of her hand-made dolls as a result of a tear that occurred while she was play-acting with the dolls. In the plot, Dr Hakim, a relationship therapist, is discovered to have assumed the anthropomorphic form of his book on relationships.

In the game, Dr Hakim informs the couple he has been tasked with the responsibility of helping them to rekindle their damaged relationship, but they simply ignore him and try to reach out to their daughter for help to reverse back to their normal human bodies.

Following several failed attempts to reach Rose, the couple had no choice but to follow Dr Hakim’s instructions, Series of obstacles and tests are set before them both to encourage collaboration and teamwork in completing the game.

During the quest, the couple encounters a magical anthropomorphic version of their old possessions, who condemns the couple’s ill-treatment and negligence of their daughter and possessions.

Both trapped together in a fantastical world where hidden in every corner are the unpredictable, they had no choice but to work together to complete each task, mastering unique and linked abilities for every level of the game, Kicking gangster squirrels’ furry tails, piloting underpants, Disk Jockey in a buzzing club, helping each other through series of unforeseen obstacles and so on.

Finally, Cody and May completed Dr Hakim’s last instruction to re-create a song May loved to sing when they were still happy in their marriage. And as May was singing, the couple’s relationship is rekindled, and as they kiss, the spell is reversed, and they are re-awaken into their real bodies. They found their daughter, who already ran away, and brought her back home after reassuring her she was not the reason for their failed relationship.

In every video game, the quality of the graphics goes a long way to determine what will interest and fascinate potential players of the game. It Takes Two Game is available for play on Windows, PS4, PS5, Xbox One and Xbox Series X/S. Depending on the hardware to be used, the recommended requirement varies.

But to run It Takes Two system requirements at recommended settings, you need a Core i5-3570K 3.4GHz or Ryzen R3 1300X processor paired with a GeForce GTX 980 4GB. You can expect to get around 60FPS at 1080p screen resolution on high graphics settings with this hardware.

In summary, below are the system minimum and recommended requirements for It Takes Two Game to run on PC:

The game sound has a perfect blend, with every level having its own unique sound. Because it is an online Co-op game, you can experience slight sound glitches while playing if you are using a weak internet connection or a wrong setting in your audio output settings.

It Takes Two game is uniquely designed for split-screen cooperative multiplayer; you can only play the game with another player either through local or online play, meaning you can team up with a player who is either in the same location as you or in an entirely different and distant location.

The game features a large number of game mechanics, and these gameplay mechanics are connected to the story and the theme of the level.

For instance, in one level, Cody gains the ability to modify time, whereas May can speedily teleport to replicate herself. The players have to cooperate with each other and utilize these newfound abilities in order to progress. The game also features a large number of minigames.

There are several other Co-op games that I believe might interest you, and you can go check them out; Unravel 2, Overcooked 2, Lovers in a Dangerous Spacetime, Trine 4: The Nightmare Prince, Away Out, We are Here, Portals 2

Is It Takes Two Game Worth Buying?

It comes down to individual choice; It takes two-game is an interesting and captivating adventure that helps to build a bond between the two players. if you enjoy co-op games and the gameplay interests you, then It is worth buying to try with your friend or gaming partner.

It’s simply a tale that arguably changes from frustrating to cute and optimistic, which is probably what we all need right now with the world still on fire.

Embark on the craziest journey of your life in It Takes Two. Invite a friend to join for free with Friend’s Pass and work together across a huge variety of disruptive gameplay challenges

November 22, 2022
It Takes Two Game is an online action-adventure game released for Windows, PS4, PS5, Xbox One and Xbox Series X/S in March 2021. The game does not have a single-player option, as it is only playable in either online or local split-screen co-op between...It Takes Two Game Review: Is the Game Worth Buying?
Facebook
Instagram
Pinterest
RSS
Twitter
Youtube

Life Is Strange True Colors Game Review: Is the Game Worth...