The Kena Bridge of Spirits game is set from a third-person’s perspective. The video game, developed and published by Ember Lab as an action-adventure game-driven story, was released on the 21st of September 2021. The video game is a combination of all-action combat and exploring adventure.

In this Kena Bridge of spirits game, you will follow the story of a young spirit guide, Kena, as she adventures through an abandoned village with her sidekicks of delightful spirit searching for a sacred mountain shrine.

In the story, she uncovers the hidden truth about the deserted village now occupied by a trapped spirit roaming about the place while trying to assist them.

I believe after this review of the Kena: Bridge of spirits Game; you will have a better understanding of the game and decide on whether you will be playing the game or not. 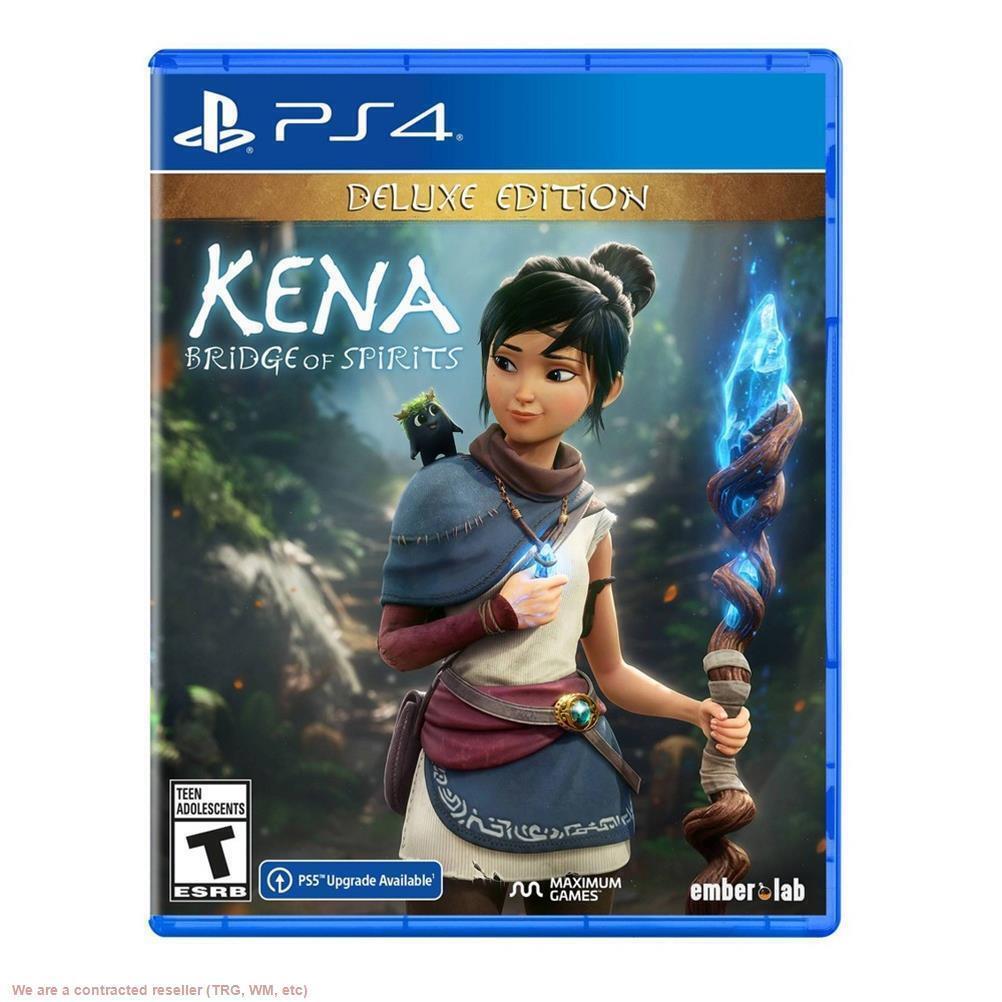 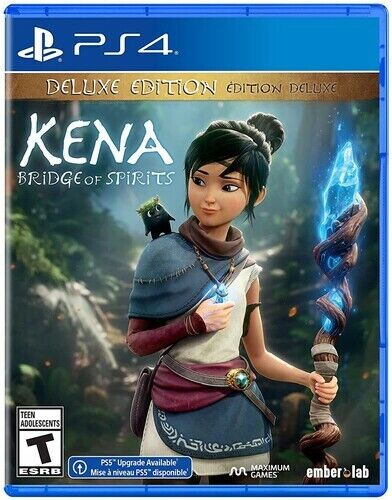 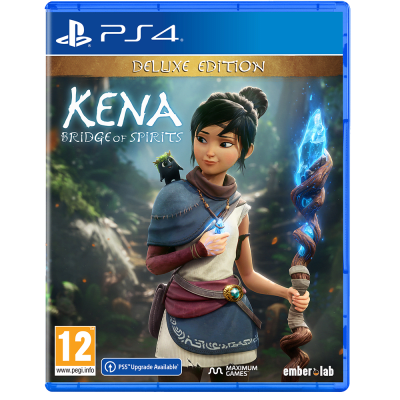 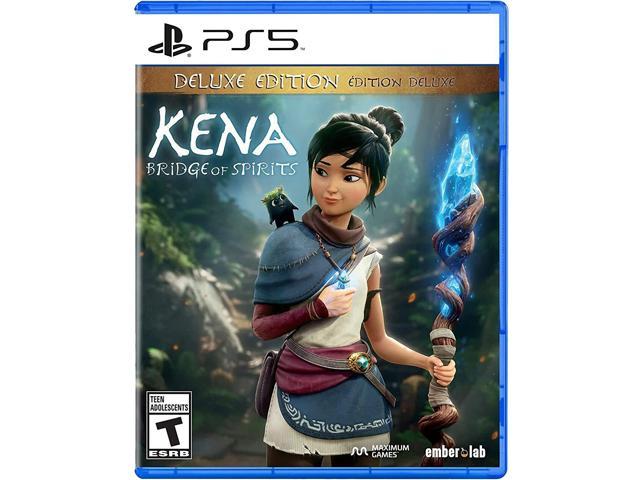 The Kena: Bridge of spirit game tells the story about an abandoned village where departed souls remain trapped between the physical and spiritual realm because they have some unfinished business in the real world. A young spirit-guide girl named Kena is tasked with the responsibility of guiding these spirits through their trauma so that they can come to terms with their past and finally have peace.

The game story begins with Kena journeying into the deserted village occupied by these spirits in search of the sacred mountain shrine. In the village, Kena met with an elder named Zajuro, who told her that before she can be granted access to the mountain shrine, she must free all the trapped spirits in the village. On her way, she will come across mini creatures called Rot who will assist her through this journey.

In the Kena: Bridge of Spirit game, Kena encounters a mighty and fearsome masked spirit revealed to have triggered the corruption, which led to the uprising of deadly creatures and deadness in the village, however she volunteers to help his spirit to find peace, but he refuses and leaves.

After this, Kena came across the spirit of two young children, Saiyan and Beni, who have an elder brother named Taro, whose spirit is restless because he felt when their parents died from the sickness, he let his siblings down when they were killed by the explosion of the Mountain Shrine. His spirit searched for them but couldn’t find them as he was overwhelmed by the corruption. Kena encouraged him to forgive himself, and while the siblings embraced, their spirits found peace.

Kena also assisted the spirit of the Wood-smith, Adira, when she came across her partner Hana.  Kena uncovers the relics of Adira’s memories, where she explains how she tried to help Hana find her way back when she went out in search of supplies, but the explosion killed her. She’s told to forgive herself and both partners’ spirits embraced, and their spirits found rest.

However, to reach the Mountain Shrine, Kena must help the earlier encountered fearsome masked spirit, who has been revealed to be the Village Leader, Toshi. But in her attempt, the corruption within him overpowers her and takes control of the Rot.

Again, Kena confronts him on the mountain top where he had merged the rot to form a massive creature but this time, she defeats the monster and frees the Rot.

The former village leader explained to Kena how it all started with him visiting Zajuro when the village was overwhelmed by the sickness. And Zajuro informs him it was the Rot God cycle and they need a new place which he, Toshi, refuses. But rather confronts the Rot God about the happenings in the village but didn’t get a response from him.

This situation angered Toshi to kill the Rot God, which led to the massive explosion on the Mountain Shrine, wiping out the villagers and the entire land. Kena encourages him to let go of the guilt and forgive himself, thereby allowing his and Zajuro’s spirit to find peace. Kena bid farewell to the Rot, which happens to be fragments of the explosion of the Rot God. Then Rot merges to form the Rot God back while Kena finally meditates on the Mountain Shrine.

The visual for this video game is excellent, and you might only need to adjust your monitor setting and change API,

if your hardware doesn’t support the new DirectX.

Even the cutscenes animation is spectacular and appears at a well-ordered rate that brings out the nature-look beauty of the game.

To play this game on PS5, your system software must have been updated to the latest system update to play and get the best out of the graphics. Some features that are available on PS4 may be missing on the PS5.

The graphics quality of the Kena: Bridge of spirits game is breathtaking and one of the few video games with outstanding animation so far.

In the video game, you shouldn’t experience any issue with the sound effects as long as the audio output of the hardware you are using to play the game doesn’t have technical issues.

The player takes the role of Kena, the young spirit guide in this game and the player will be using Kena’s staff as a weapon for different attack modes in the stages of the game. Upgrading the staff can modify it to a bow for combat, or a hook, or even into crystals for solving complicated puzzles.

The player can make use of Kena’s pulse as a shield against the enemies, activate objects, and come up with clues. This pulse ability has a health Meter that decreases with usage. This game has an upgrade feature that allows the player to speed forward through the spirit-realm barriers, avoid attacks from enemies and knock out spirit enemies.

You can also acquire the use of spirit bombs for attacks or to drift glistening flat rock surfaces. The player can find spirit mail for unlocking areas in the village to free spirits and spots to meditate which will help the player to increase expended Health bar. In Kena: Bridge of spirit game, by also gathering collectables and finishing quest, the player earns Karma which is used for unlocking upgrades and special abilities like the shield.

The collected Rot is used to complete tasks by moving objects, adopting different shapes, or distract enemies. The Rot can charge arrows or bombs for a massive attack

The main aim is to destroy the enemy before the Rot Develops Courage to join the enemy camp and using the Rot for tasks during an attack will use up Courage which can only be recovered by attacking enemies and gathering fallen Courage.

Kena: Bridge of spirit game is only available for play as a single-player mode, on PlayStation 4, PlayStation 5, and PC. Although there is a possibility of the game being released on other gaming platforms in the nearest future.

Kena: Bridge of spirits game share the same genre with few recently released video games some of which are available on the Xbox Series and Xbox One platforms. I have decided to list a few of the games as they are amazing and exhilarating; Tales of Arise, Adventure Quest, NosTale, Eden Eternal, Dragon Eternity, Guardians of Middle Earth, and  Life is strange true colours.

IS KENA: BRIDGE OF SPIRITS GAME WORTH BUYING?

It is definitely a big YES; you can’t enjoy any action-adventure game as much as the thrilling experience that Kena: Bridge of spirits game will deliver. With the nature-looking settings, sound quality, and gameplay, the video game is just superb that you wouldn’t want the game to end.

If you are a lover of adventurous games, then look no further, this is one game you shouldn’t miss out on having in your game collection this year and you will be sure to appreciate its worth.

The Kena: Bridge of Spirits game is a third-person perspective video game, with the player using Kena’s staff as a weapon to combat enemies. One of the major goals of the game is for the player to find and collect as much small spirit called Rot, as possible to gain special abilities to combat enemies and complete tasks.

In this fast-paced action thrilling video game, experience Kena take-up her role as a spirit guide, combating at every stage against corrupts spirits, trapped in the village.

Kena: Bridge of spirit is such an amazing game to be developed and published by Ember Lab with its fantastic and solid animation that produces a complete package of action-adventure

Q1. Is Kena: Bridge of Spirits free to play?

No, the game is not free to play. It is available for purchase on all gaming stores for PlayStation and PC.

The game is timed exclusive on PlayStation. And therefore, can still be released on other platforms such as the Xbox series in the future

Q3• Is Kena: Bridge of Spirits on Switch?

No, the video game is only available on the PlayStation and PC platforms in the meantime.

Q4• How long will it take to complete the Kena: Bridge of spirit game?

Averagely it will take 12 to 13hours to complete the playthrough of the video game.

October 16, 2022
The Kena Bridge of Spirits game is set from a third-person’s perspective. The video game, developed and published by Ember Lab as an action-adventure game-driven story, was released on the 21st of September 2021. The video game is a combination of all-action combat and...Kena Bridge of Spirits Game Review: Discover the Pros and Cons
Facebook
Instagram
Pinterest
RSS
Twitter
Youtube

The Last of Us Part 2 Review, and Buying Guide