The Logitech G920 driving force racing wheel is one of the best in the market. This is because it offers everything that a racing wheel should have, and it does not falter at all in any area. This Logitech G920 review will highlight the features, specifications, pros, and cons of this popular gaming wheel. 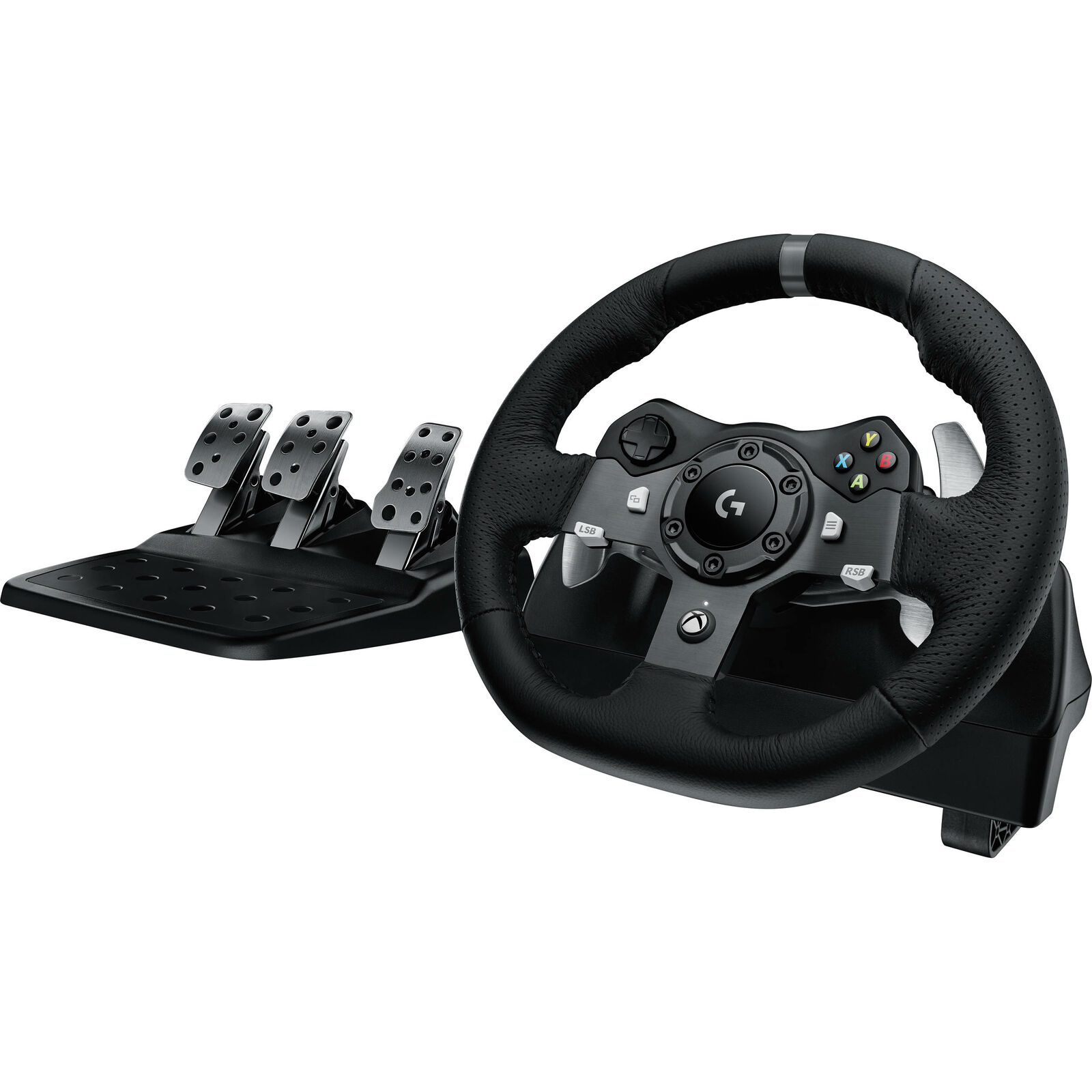 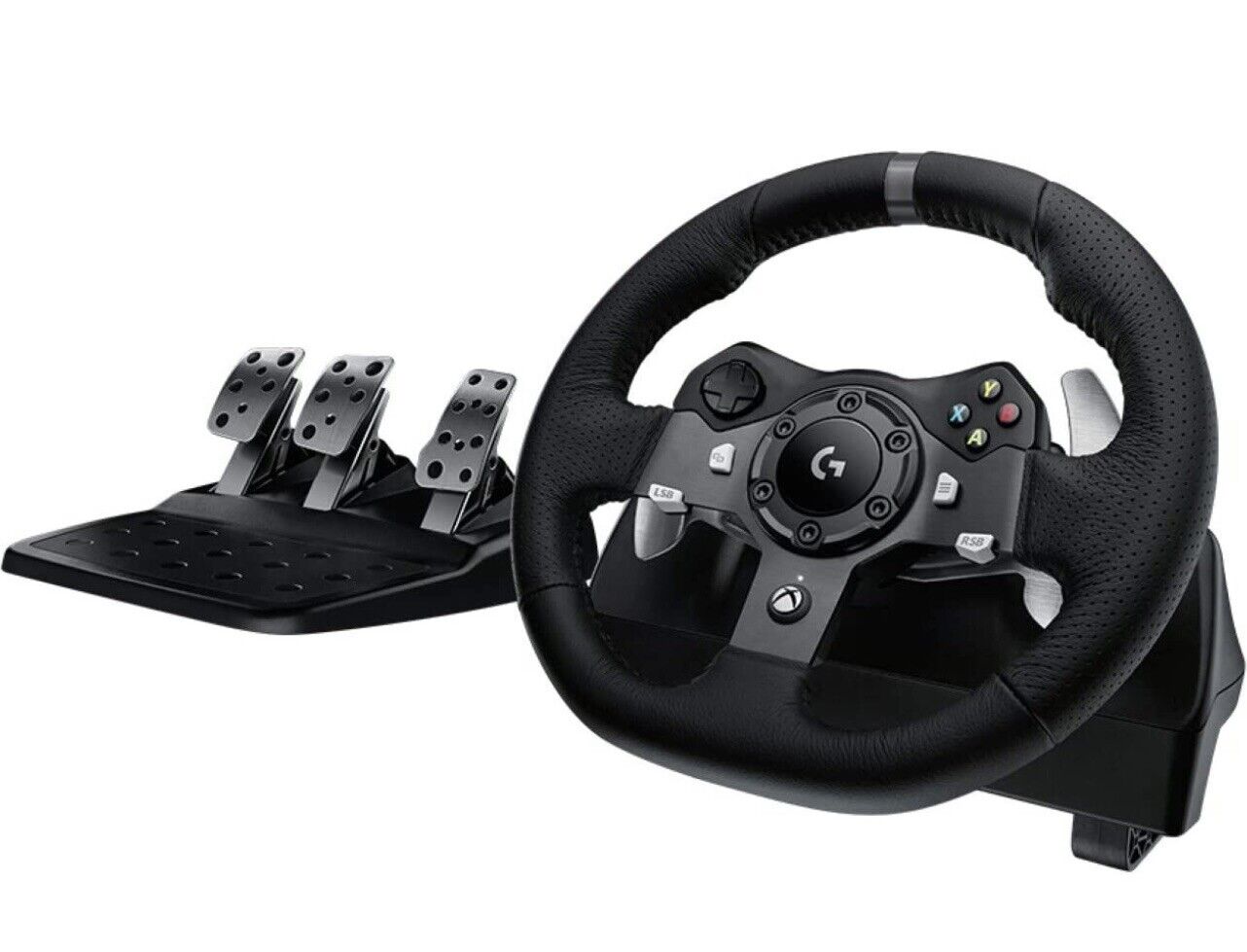 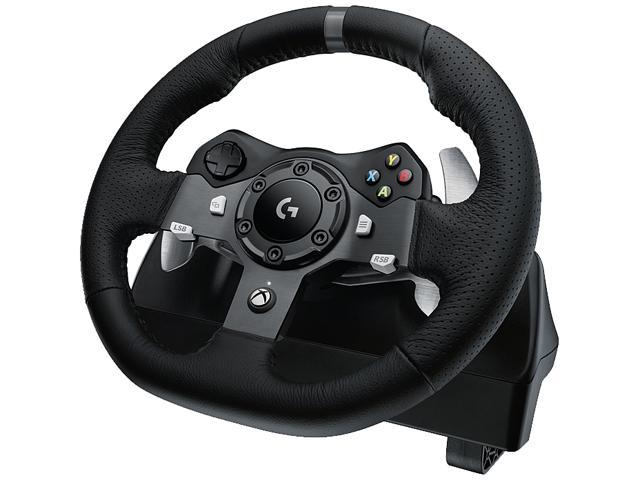 The Logitech G920 is worth the price considering its features, although it’s not for everyone. I would recommend this gaming wheel to anyone who wants to play racing games like Grand Turismo, Forza, or any similar simulation games that are compatible with the wheel.

What is the Logitech G920 Driving Force Gaming Steering Wheel?

The Logitech G920 Driving Force Racing Wheel is a racing wheel designed for PlayStation 3, Xbox One, and PC. It also provides support for the PlayStation 4. The wheel has a 900-degree twist action that allows you to accelerate, brake and steer with precision. You get to feel like you’re actually driving the car thanks to the force feedback effects, which make it feel like you’re gripping onto an actual steering wheel.

The pedal set includes metal pedals with long-lasting springs, which means that they will not lose their tension or break over time. It also has a dual-motor force feedback mechanism which provides realistic and smooth vehicle handling and response. The steering design also includes reinforced leather hand grips for improved grip while playing games, making it more comfortable than most other steering wheels available in the market.

Should you buy Logitech G920?

The Logitech G920 steering wheel is a great game racing wheel, and I still think it is worth buying for any gamers that want to experience the real feeling of car racing simulation. The experience is just exceptional.

Having said that, It depends on a few factors, such as your budget and the compatibility with the game console you already have. Unfortunately, the G920 is not compatible with Playstation (that is a big sorry to PS3, PS4 and PS5 gamers).

What is included in the Logitech G920 package?

Right off the bat, you will notice that the Logitech G920 unit is visually impressive just by seeing the package.

As for the unit itself, it has around 10 inches in height, width and depth. Not only that, but the pedals are large enough, yet not super large either, and that is always a plus.

The wheel has an overheat safeguard; it also has dual-motor force feedback and a hall-effect steering sensor, and 900 degrees lock-to-lock rotation, which is always nice to have.

These are self-calibrating for the pedals, and they also bring in a nonlinear brake pedal system.

The textured heel grip helps you ensure that you have a pretty powerful grip each time you use the unit.

The fact that they used anodized aluminium for the wheel spokes is a very good thing. And they also brought in some hand-stitched leather, which is super comfortable. Aside from that, most of the unit is made out of steel, which is super impressive in that regard.

That being said, the mounting clamps are from glass-filled nylon, and that is more than ok from that perspective. Also, the way they added the buttons is very intuitive. While playing The Forza Horizon 3 on PC and Project Cars 2 on Xbox One and PC, I was very impressed with how easy is it to press and the buttons’ responsiveness.

Also, this steering wheel’s physical construction makes for a very inquisitive, unique driving experience that you will like quite a lot.

What you miss here are the shift lights that were a standard on the older models. But in all honesty, that does not matter that much, to begin with. The performance was outstanding, and one of the nicest things about the Logitech G920 is its software. It is super easy to adjust and modify stuff in it is a pleasure, which you rarely get to encounter in most situations.

There is no denying that the Logitech G920 is not cheap and might be an expensive unit for some gamers. But if you want to use some of the best racing wheels out there in the market, then you would have to put the quality first and consider buying Logitech G920 over others. It surely does bring in front of you some super lovely results.

It is powered by a USB port.

With all being said, buying the Logitech racing wheel is undoubtedly an extra accessory that might not come as cheap for all gamers. But without the cost being a barrier, the Logitech G920 driving force racing wheel is by far one of the coolest game wheels with an amazing racing experience on the market. You surely can not go wrong owning one.

The fantastic performance makes it one of the super reliable and most professional video game racing wheel units today and a good entry series if you are new to racing wheels.

Where to buy Logitech G920?

If you are considering getting one for yourself, the G920 is available at most game retail outlets. Popular online outlets are Amazon or eBay, and much more.

Is Logitech G920 compatible with ps4?

Is Logitech G920 compatible with ps5?

No. If your game console is Playstation 5, we recommend buying the Logitech G923 Trueforce racing wheel instead.

Does the Logitech G920 racing wheel work with windows 10?

How to setup Logitech g920

For support on how to set up the Logitech G920, you can find help here.

What games is the Logitech G920 compatible with?

On Xbox One; the G920 is compatible with the following games;

On the PC; here is the list of the compatible games;

Is the Logitech G920 steering wheel worth buying?

The G920 is a good entry series for racing game lovers. The only downside is the compatibility issue. If you are considering buying it, then bear in mind that it is only compatible with Xbox One, PC and macOS.

The Logitech G920 driving force shifter is the next step in the evolution of Logitech’s award-winning gaming peripherals. It offers revolutionary new motion controls capable of precision input to trigger game actions in a driving gaming experience.

How much is Logitech G920 with Shifter?

I hope you found this Logitech G920 review helpful.

Please feel free to share your comments in the comment area below. I will love to read your opinions and your experience using the Logitech G920 driving force racing wheel.