The video game is developed by Mojang studios, a Swedish game developer and created by Markus “Notch” Persson (programming language) and  Jens Bergensten.

The first release of the Minecraft game was in November 2011; then, other releases came in the subsequent years. So far, the game has been released on different platforms; Windows, Nintendo Switch, Xbox One, PS3, PS4, Xbox 360, Fire OS, iOS, iPad OS, Apple TV, Wii U, Raspberry Pi and Nintendo 3DS. 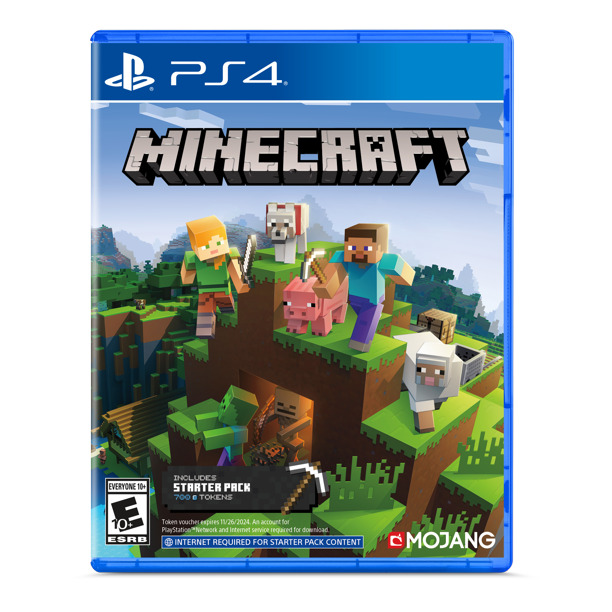 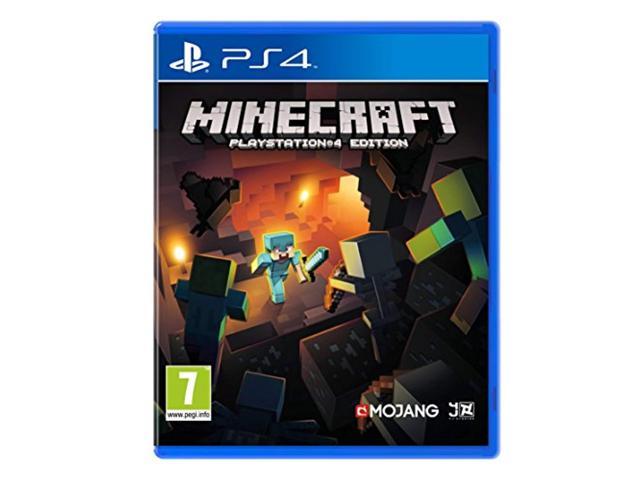 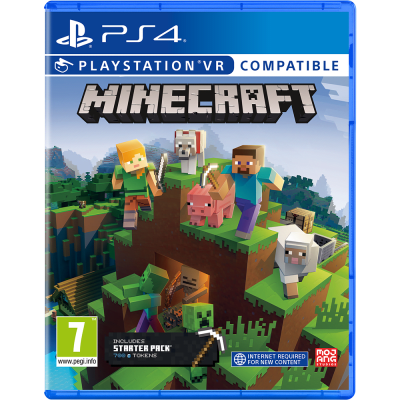 Minecraft game is a survival-adventure game that entails the player building and dismantling various block structures in a 3D environment. But in this Minecraft game review, I will be concentrating my review more on the Minecraft PS4 game, discussing what to expect with its playability, graphics and others.

The Minecraft Game doesn’t have a particular set of goals to achieve; it simply gives players the freedom to choose how to navigate their way in the gameplay. However, there is a system for measuring achievement at different stages and for the Minecraft PS4 game uses Trophies.

The player explores the endless virtual space of the 3D-block world, discovering raw materials and tools to use for building structures and different items. In Minecraft Game, players compete with each other or work together to battle the computer-control mobs up. The main modes for the Minecraft game are survival mode, Adventure mode, Hardcore mode, creative mode and spectator mode.

In the Creative mode, players have unlimited access to raw material for building, and the game can be altered to create an entirely new gameplay and mechanism. Whereas for the  Survival mode, players play to gather material to build the world they want and also maintain health and stay safe. At the same time, the Adventure mode is designed for players to enjoy and experience adventure using custom maps. The gameplay is almost the same as the Survival mode but with few restrictions from the map.

The hardcore mode is an alternative to the survival mode with harder settings. And once a player dies in this mode, they are not allowed to play but can only explore or be moved to the spectator mode. While in the Spectator mode, players watch the gameplay from another player’s perspective and do not directly interact with characters. Both of these modes can only be accessed in the Java Edition of the Minecraft video game.

You might be going by the Forest with a lovely view, and an idea pops in for you to build a tree-house, or you might be by the mountain searching for stones to build a big house. The ideas are yours; all you need to do is gather up the required raw materials needed and set a deadline to achieve the project.

However, the Minecraft game is more than just constructing objects from scratch. It is also a fun and amazing game, with players exploring the fictional world and interacting with the characters in the game. Although if you are not interested in being friendly, you can always ransack their provisions and escape to the backwoods. But if you really want to be independent in the Minecraft world, you must be ready to cultivate your own vegetables and fruits farm. And also, make fishing tools in case you come across a stream and you’re craving a seafood delicacy.

The excitement in playing the Minecraft game lies in the satisfaction of creating an object from scratch, from building a shelter to a weapon for the defence to stay alive. Anything you want to do or can think of, Minecraft provides you with the necessary tools.

The simplicity of this game’s visuals adds to its beauty and uniqueness. The graphical block arrangements and style relate to everything displayed in the game, from the trees to clouds, stars, sun, moon, animals and just everything you will come across in the game. The design is an added benefit to players, as it helps to easily identify raw materials often needed for construction.

Players of the Minecraft PS4 game can tweak the graphic settings of their game console to either the advantage of high resolution or high performance, as you may prefer when playing the game.

In Minecraft PS4 game Edition, the sound effects have different names assigned to each sound, and it’s played on different occasions in the gameplay, from block-breaking to casting items. Players can decide to use the sound effects or turn it off from the audio settings depending on their preference.

Minecraft PS4 game is a single-player and multiplayer game that also supports cross-platform playing of up to seven players and split-screen with up to four players. The game challenges you and tests your survival skills as an individual or a team.

Before starting the game, players are to choose the game mode they would like to play as well as the levels (ranges: peaceful to hard). The tougher you go with the level the more harm players are liable to from the mobs and other challenges. However, the game mode cannot be changed once selected as it’s locked, but the difficulty levels are changeable.

In the Minecraft game on PS4, players will find themselves exploring a randomly system-generated world using only maps as a guide. Although there are limits to vertical movement in the Minecraft game, it allows the creation of an immeasurably vast world on the horizontal plane. And you can begin to explore the environment for resources to start your construction once you adjust and understand what you need to do for survival. You might have to use your bare hand initially to complete the task before tools begin to become available for your usage as you progress in the game.

There are several games that are similar to the Minecraft PS4 game in gameplay and playability but the best ten are; Fortnite: Save the World, the Wild Eight, The Last of Us Remastered, The Forest, Citadel: Forged with Fire, Ark: Survival Evolved, Survivalists, Lego Worlds, Fallout 4 and The Escapists 2: Pocket Breakout.

Is Minecraft Ps4 Game Worth Buying?

Yes, the Minecraft PS4 game is worth buying; it’s a fun and fantastic game to play and very affordable.

With the Minecraft PS4 game, take an adventurous journey across Overworld, going through the Nether to beyond the worlds in an experience that will blow you away. The PS4 edition of this game has a more extensive playground compared to its peers on older consoles. It also has a faster game loading time with no significant drop in the frame rate. Whichever of the game modes you might try to play, I can tell you that the PS4 experience of the Minecraft video game is something any survival-adventure game lover shouldn’t miss out on.

With the range of activities that the Minecraft game offers in an endless graphical world, where you have the freedom to create and reconstruct anything you can imagine and step back to admire your creation (whatever it may be). I believe everyone likes that influence that comes with playing around with objects to build something new and spectacular. Let’s just say that the Minecraft PS4 Edition gives players the power to engage their minds while still having so much fun.

October 16, 2022
Minecraft is a survival genre video game that supports both single-play and multiple-play modes. The game is played by default from a first-person’s perspective, but there is a third-person's perspective option for players.The video game is developed by Mojang studios, a Swedish game...Minecraft PS4 Game Review: Is it Worth Buying? Discover the Pros and Cons
Facebook
Instagram
Pinterest
RSS
Twitter
Youtube